You may be used to polypores where the gills are so tight that you must look really, really, really closely to see them. And then there are the open pore gill polypores, in this case Polyporus alveolaris. This was the first time McDowell came upon one and she loved the cool, hexagonal pores. Of course she did. What about mushrooms doesn’t McDowell love?

These hexies (rhymes with dexies) were found on sticks around the cottage and in the Ontario woods summer of 2015. 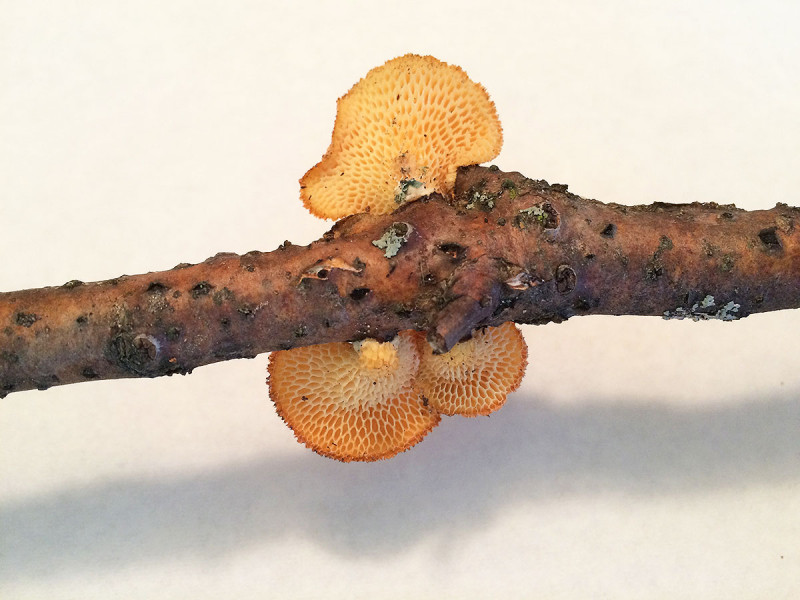 Do my pores look big on this stick?  McDowell thinks these polypores open gill pores are beautiful. 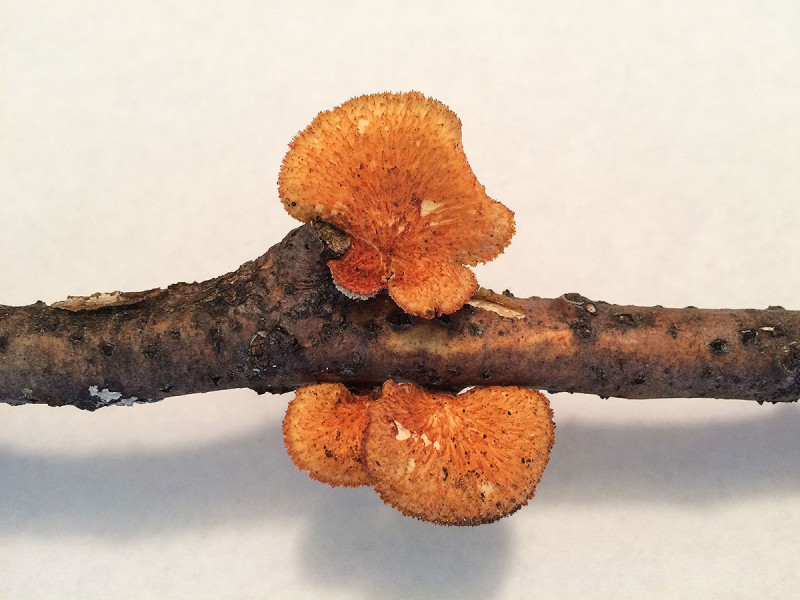 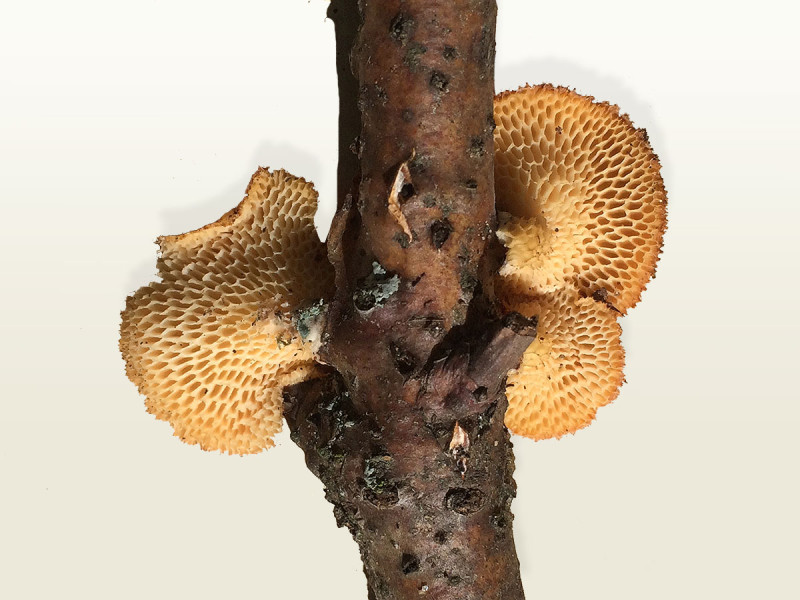 So cool. Yes, I am looking into getting a life, thank you very much. 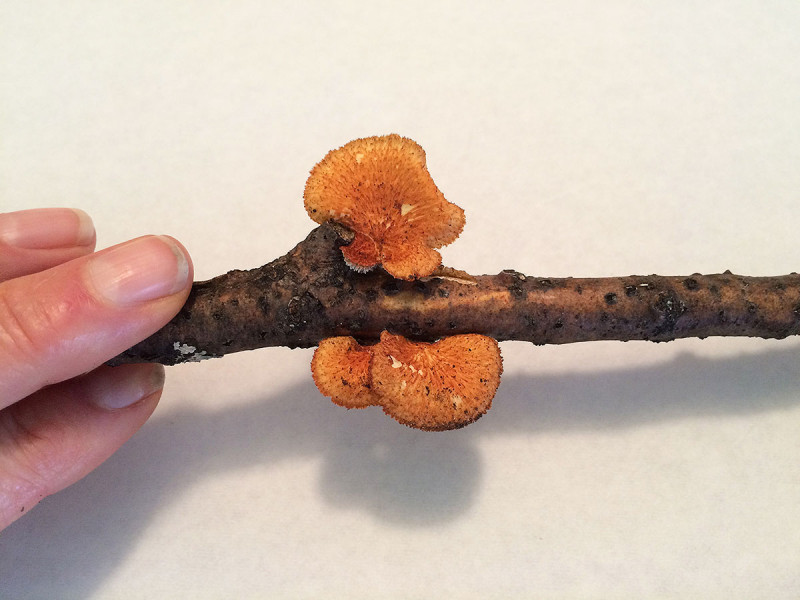 These polypores were small and everywhere in the forest.

Polyporus alveolaris, commonly known as the hexagonal-pored polypore, is a species of fungus in the genus Polyporus. It causes a white rot of dead hardwoods. Found on sticks and decaying logs, its distinguishing features are its yellowish to orange scaly cap, and the hexagonal or diamond-shaped pores. It is widely distributed in North America, and also found in Asia, Australia, and Europe.

The fruit bodies of P. alveolaris are rounded to kidney- or fan-shaped. Fruit bodies sometimes have stems, but they are also found attached directly to the growing surface. The cap surface is dry, covered with silk-like fibrils, and is an orange-yellow or reddish-orange color, which weathers to cream to white. Tubes are radially elongates. The pores are large—compared to other species in this genus—angular (diamond-shaped) or hexagonal; the pore surface is a white to buff color. The stipe, if present, is placed either laterally or centrally, and has a white to tan color. The pores extend decurrently on the stipe. Spore deposit is white.