One of the coolest looking mushroom – okay whichever one McDowell is looking at is the coolest at the moment – but we know she loves teeth and the Orange Spine stands out in the forest with their orange spines when young and then grows into a bloom of a mushroom. The older ones are like finding a corsage on the forest floor. 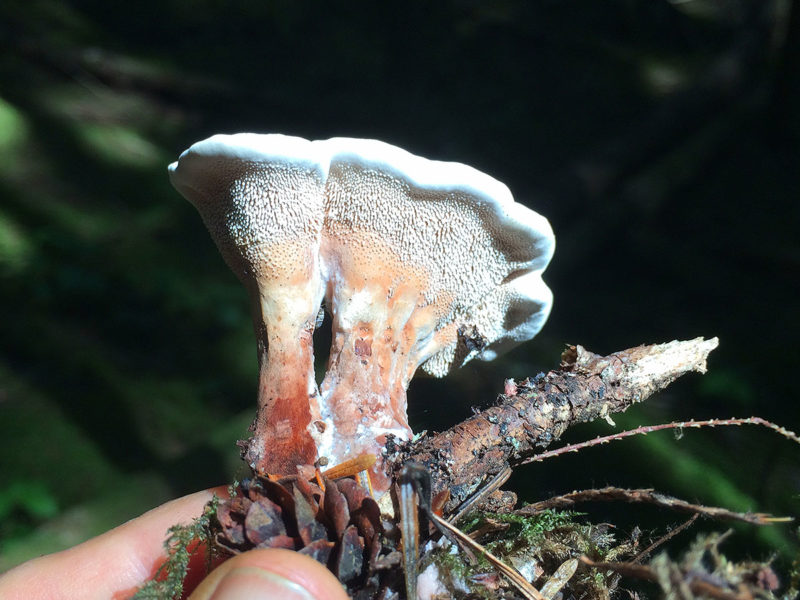 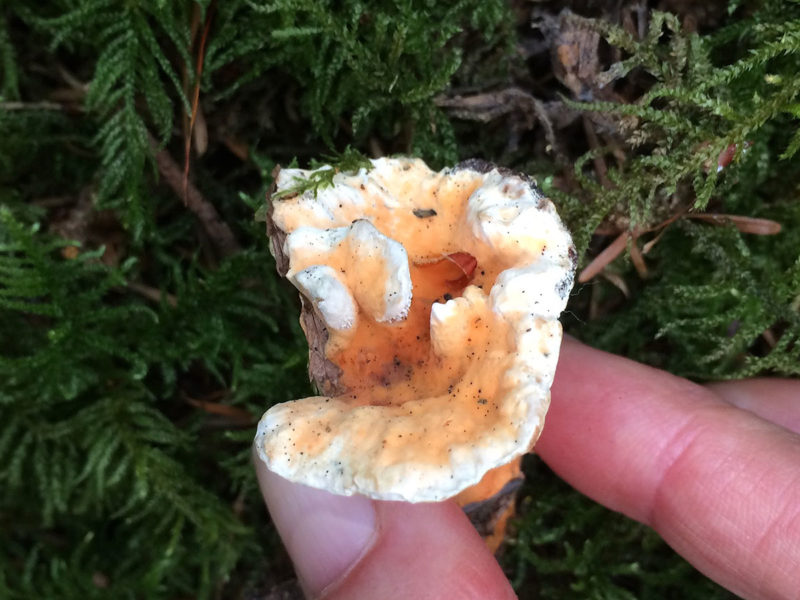 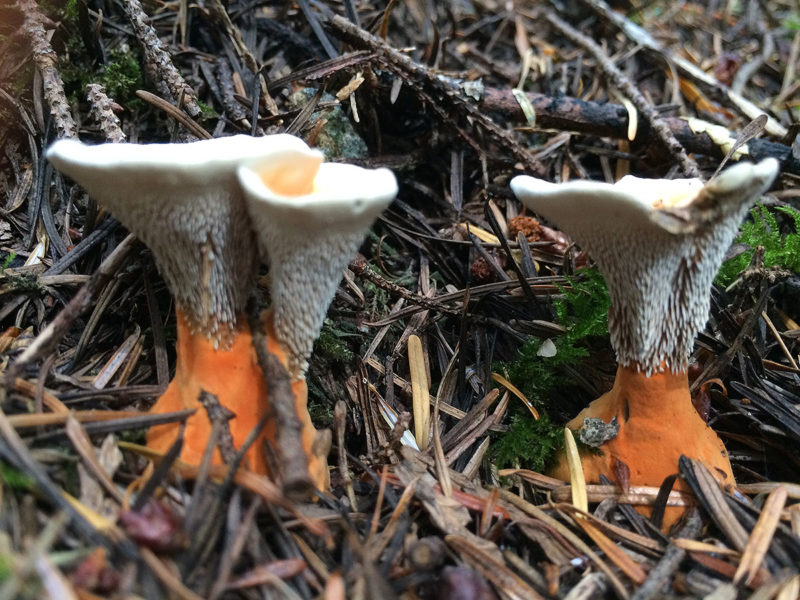 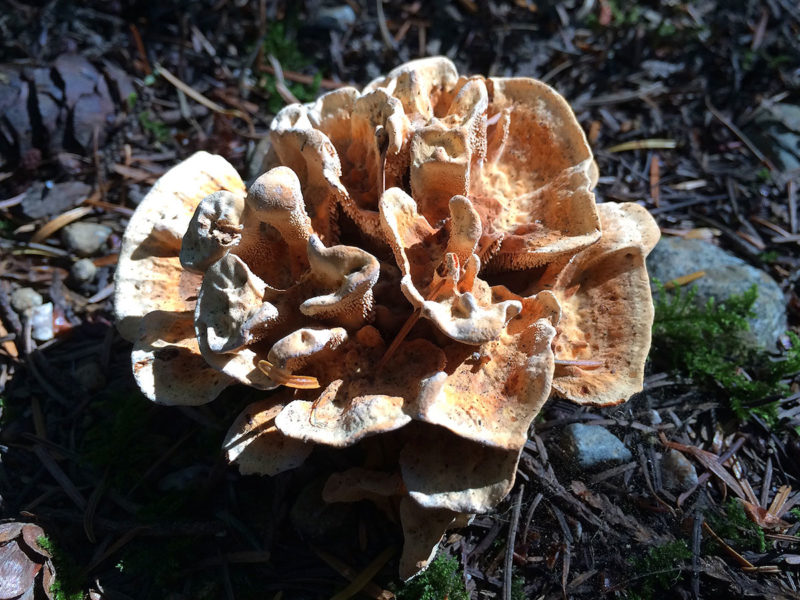 McDowell wishes she would have had this for a corsage at her prom.

Hydnellum aurantiacum is an inedible fungus, commonly known as the orange spine or orange Hydnellum for its reddish orange or rusty red colored fruit bodies. Like other tooth fungi, it bears a layer of spines rather than gills on the underside of the cap. Due to substantial declines in sightings, this species is listed as critically endangered in the United Kingdom.

ps. Wikipedia has a gorgeous photo of the H.aurantiacum when young.