Ever on the forage for winter chanterelles (yum!) even in late February, we enjoy the flushes of these subtly beautiful trametes. And yes, McDowell chews them as she goes along through the forest.

Note that although Coriolus versicolor is a synonym to the correct binomial nomenclature Trametes versicolor, many still refer to this mushroom as simply coriolus – a blast from the past. We are trying to be scientific and call them trametes but we just love the way coriolus rolls off our tongue. 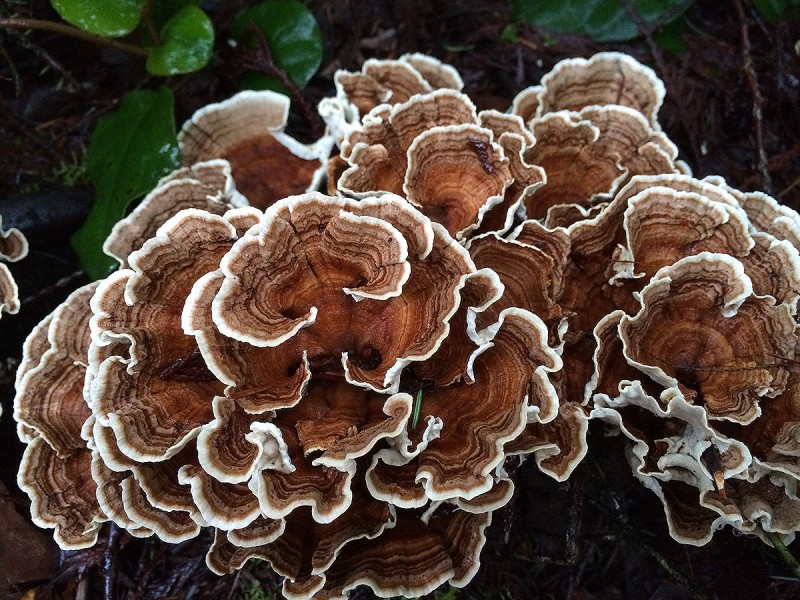 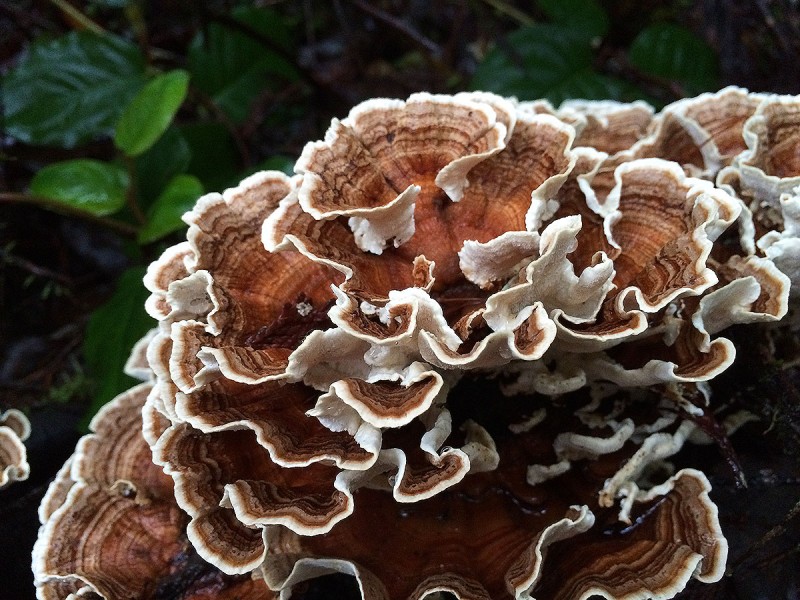 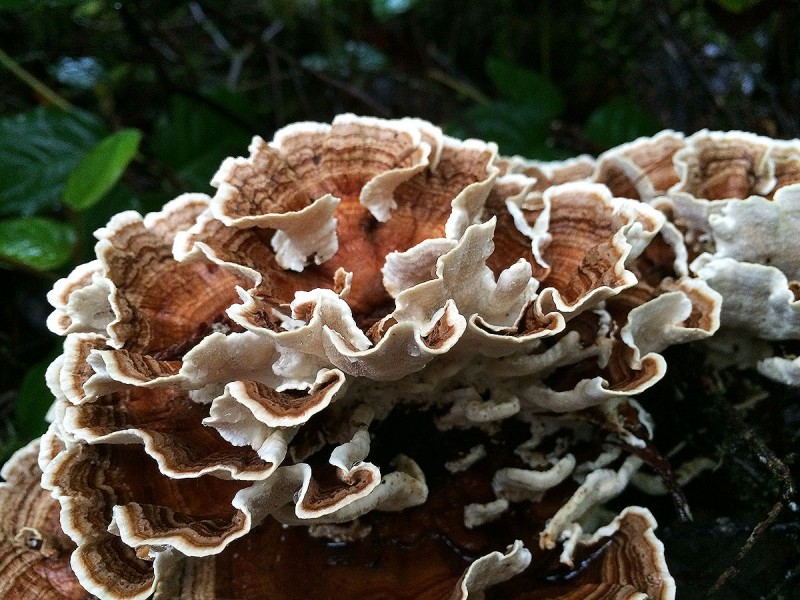