A snowy walk with the pups at Sprockids on the Sunshine Coast and we got a bit off track. We were following Stringer Trail and then we weren’t. But what does McDowell’s eye catch on the periphery – could it be, that familiar golden colour… By golly, yes it was. The top of a chanterelle. And what do McDowell’s eyes do then? They grow wide, her mouth opens to utter an oh oh oh and Balfour turns to see what’s going on. And then of course the trained chanterelle-sniffing dogs (not) try to jump on top of it. But crisis is averted and a beautiful slightly frozen chanterelle is unearthed from the leaves and snow covering it. Balfour (the official caller of whether or not it will count) affirms that this is to be recorded a find.

And so this is the latest-in-the-year chanterelle ever found by Meronwood. 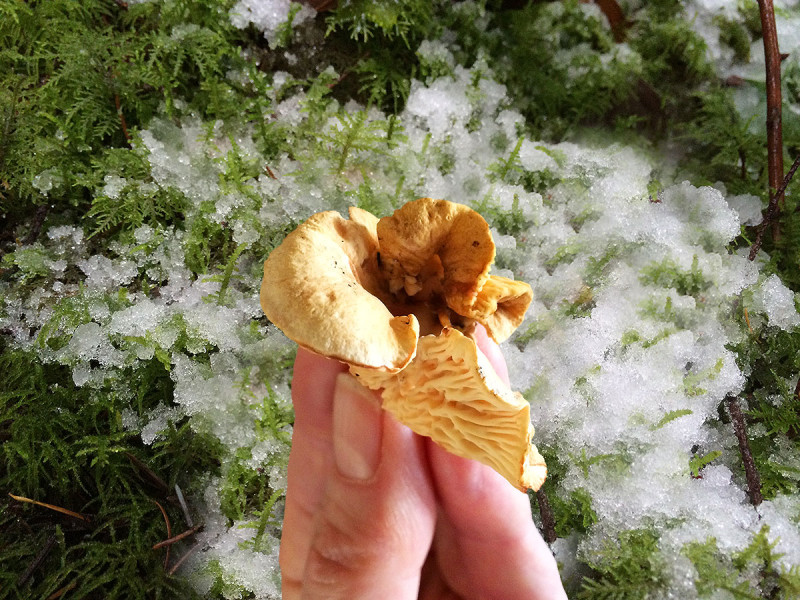