To get to the BenofDares one must pass through the Valley of Giants.

After the sighting of the Phellodon melaleucus, which already made it a successful outing for McDowell, Balfour continued leading the trek to the BenofDares. The air was thick with anticipation. Entering the Valley of Giants they climbed over and under trees that had fallen in the latest storm, through the green undergrowth of moss and ferns and stopped in amazement. Everywhere they looked were big, bold chanterelles with stalks so thick they must have had a bolete Mom. 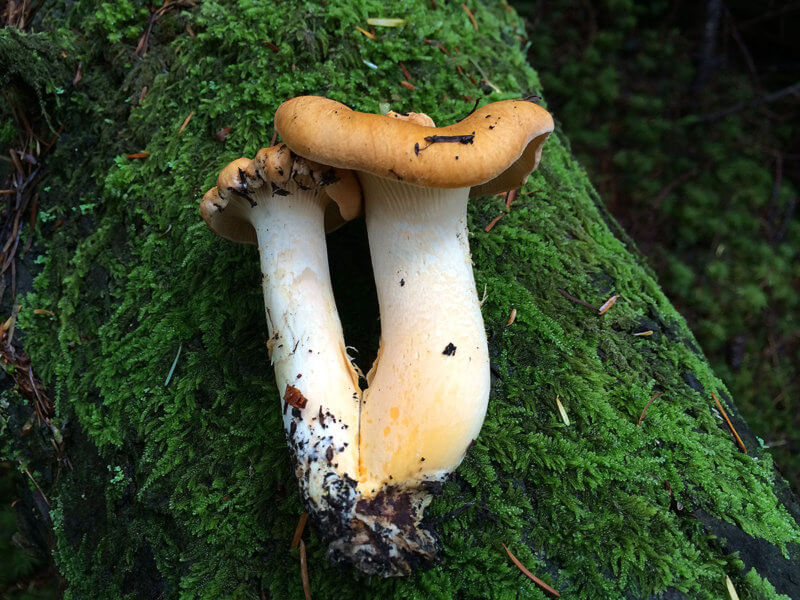 Check out the stalk on that beauty. 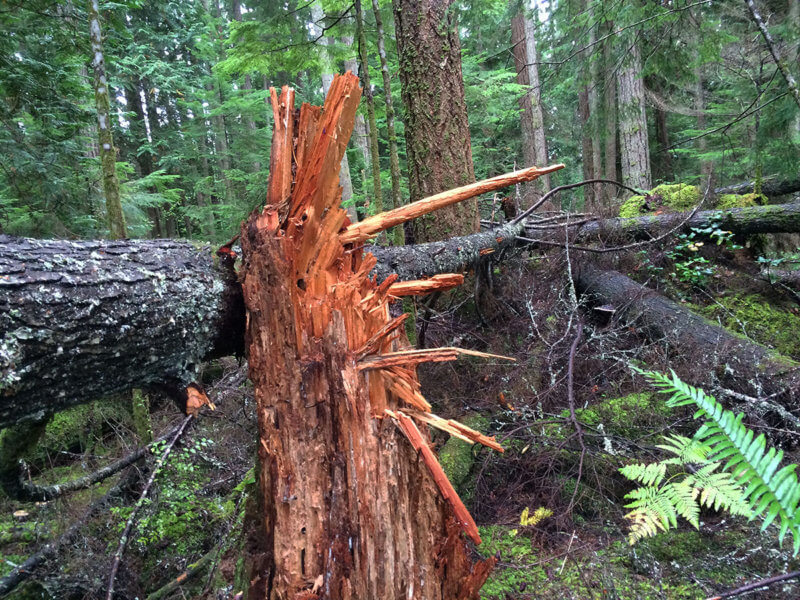 This way to the Valley of Giants. Be careful where you step the forest floor is full of mushroom villages. 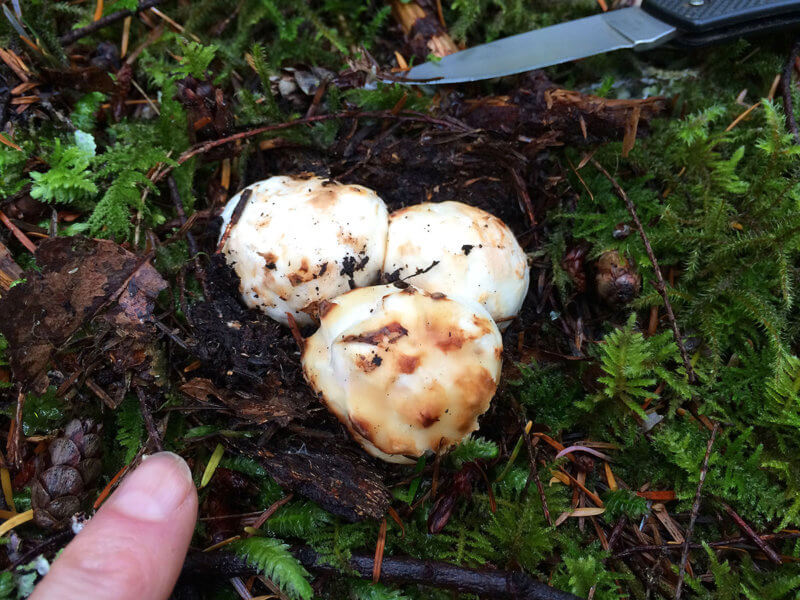 A little nest of pines and no bugs! Often the small pines are buggy but these were white all the way through. 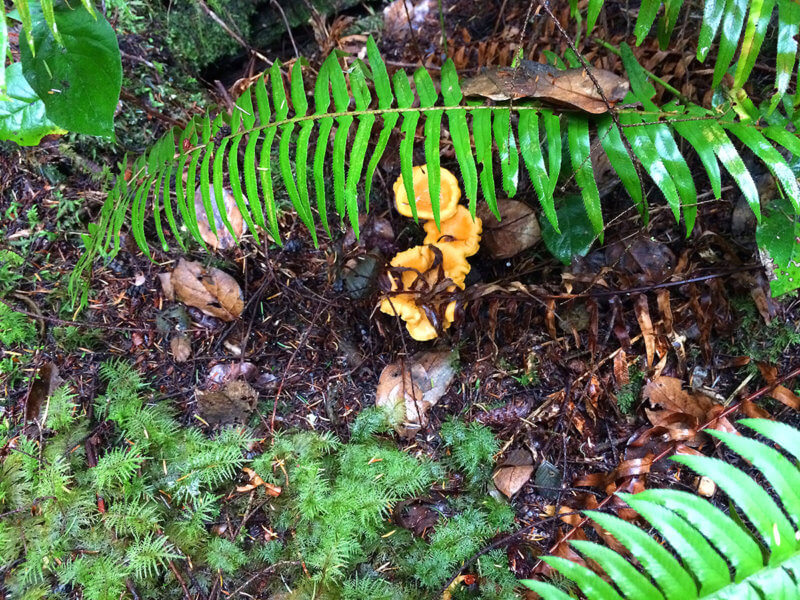 Huge, gorgeous chanterelles were glowing throughout the forest floor in groups and villages.

McDowell would have taken more photos but it took all her time just to keep up to the chanterelles that appeared in groups, then in villages and then towns. So many perfect chanterelles. Later that night McDowell had one for dinner – one! What an adventure. And we haven’t even made it as far as the BenofDares yet. Will we ever?

Matsutake (Japanese: 松茸, pine mushroom, Tricholoma matsutake = syn. T. nauseosum) is the common name for a highly sought-after mycorrhizal mushroom that grows in Asia, Europe, and North America. It is prized by the Japanese and Chinese for its distinct spicy-aromatic door.

In the North American Pacific Northwest Tricholoma magnivelare is found in coniferous forests made up of one or more of the following species: Douglas-fir, Noble Fir, Shasta Red Fir, Sugar Pine, Ponderosa Pine, or Lodgepole Pine. In California and parts of Oregon, it is also associated with hardwoods, including Tanoak, Madrone, Rhododendron, Salal, and Manzanita. In northeastern North America, the mushroom is generally found in Jack Pine forests. T. magnivelare is typically called White Matsutake as it does not feature the brown coloration of the Asian specimen.