These Pholiota squarrosa were found on lower Mount Elphinstone, Sunshine Coast, BC.

A sucker for crunchy toppings and 70’s shag hairdos, McDowell can’t help but keep her eyes peeled for these features in mushrooms. She came upon these bristly or shaggy pholiotas and ooohed and awwwed, but Balfour just rolled her eyes and kept moving. She knows that if she stops McDowell will stay all afternoon trying to get just the right photo. 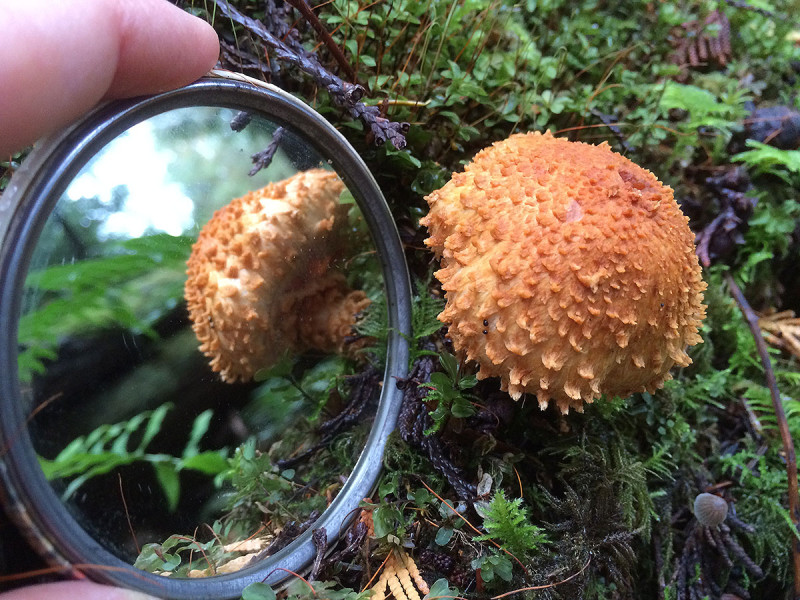 And sure enough McDowell tried to get photo artsy using her mirror. 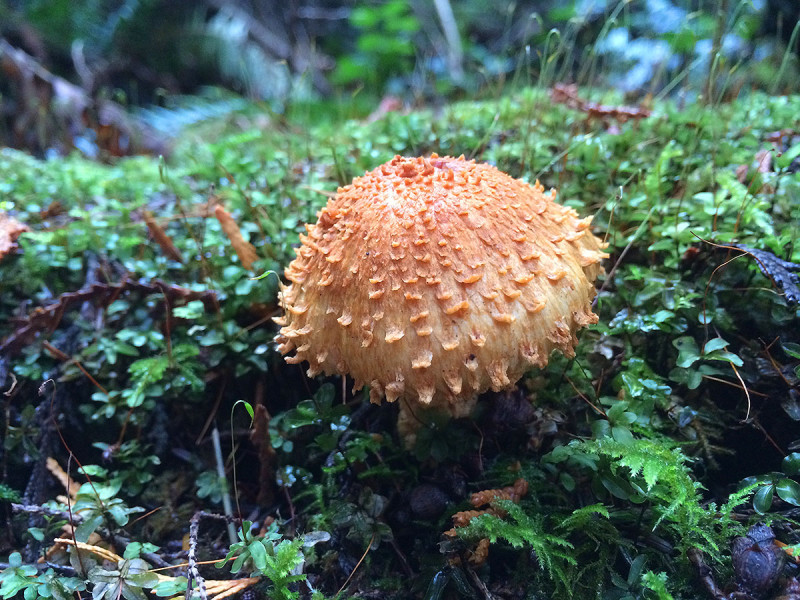 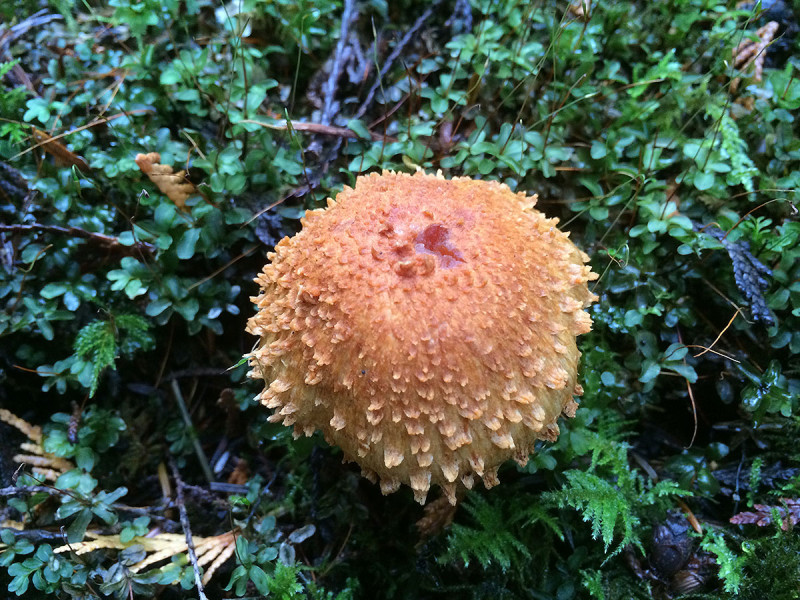 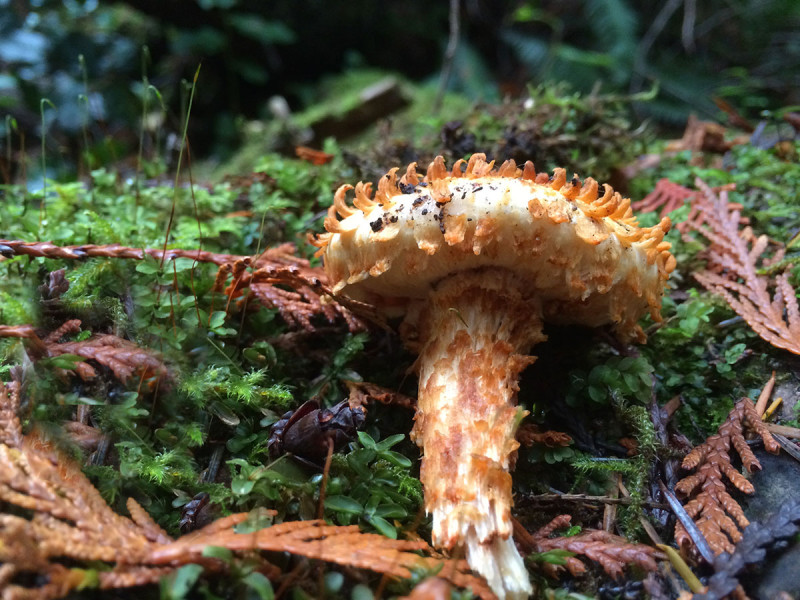 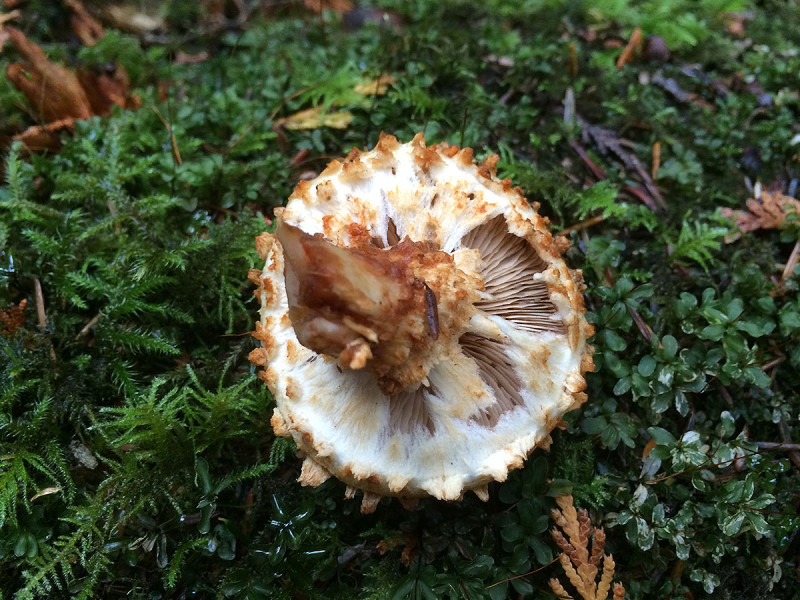 Pholiota squarrosa, commonly known as the shaggy scalycap, the shaggy Pholiota, or the scaly Pholiota, is a species of mushroom in the Strophariaceae family. Common in North America and Europe, it is often an opportunistic parasite, and has a wide range of hosts among deciduous trees, although it can also infect conifers. It can also live as a saprobe, deriving nutrients from decomposing wood. The mushroom is typically found growing in clusters at the base of trees and stumps. Both the cap and the stem are covered in small, pointed scales that are pointed downward and backward. The crowded gills are yellowish, then later rust-brown.

The mushroom has an odor that, depending on the author, has been described as resembling garlic, lemon, radish, onion, or skunk. It has a strong taste, resembling radishes. Once thought to be edible, it is now considered and known to be poisonous, especially if consumed in combination with alcohol. The mushroom contains unique chemicals thought to help it infect plants by neutralizing defensive responses employed by them. The very similar P. squarrosoides differs in having a paler cap that is sticky between the scales, and smaller spores.