These Amanita muscaria were found in mid Roberts Creek and Crow Road, Sunshine Coast, BC, Canada.

Crowe Road showcased a small village of A.muscaria down by the creek. Wonderful – all stages of development. And Balfour took me somewhere in mid Roberts Creek looking for pines and we found a very cool stash of pretty fly mushrooms. 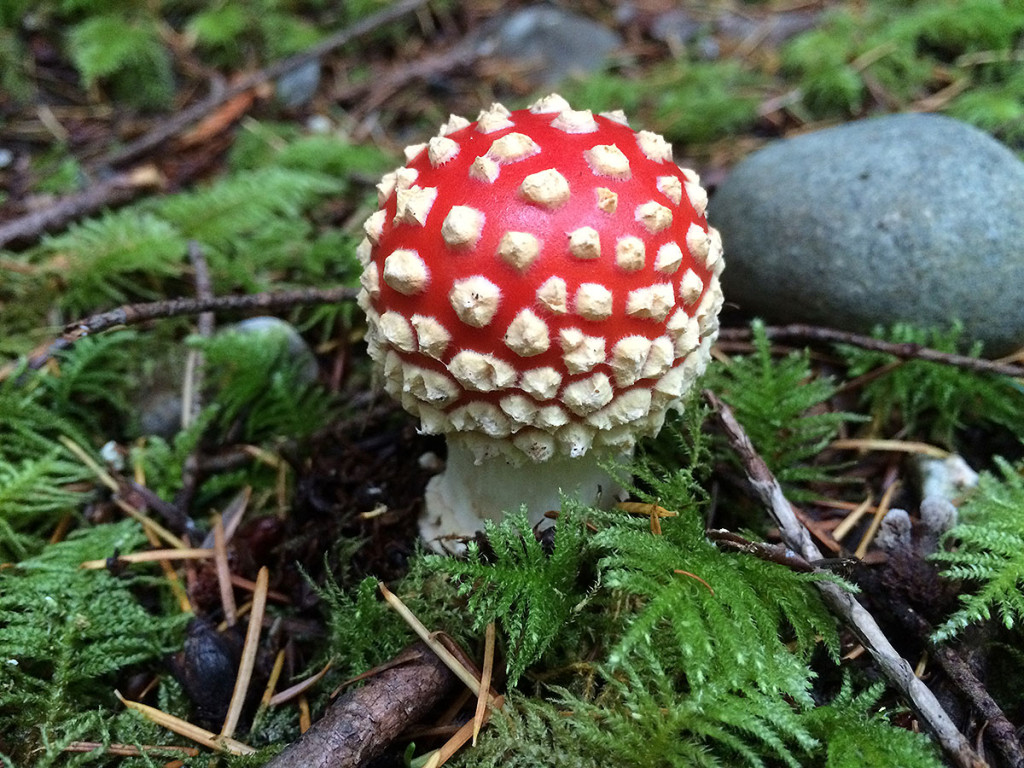 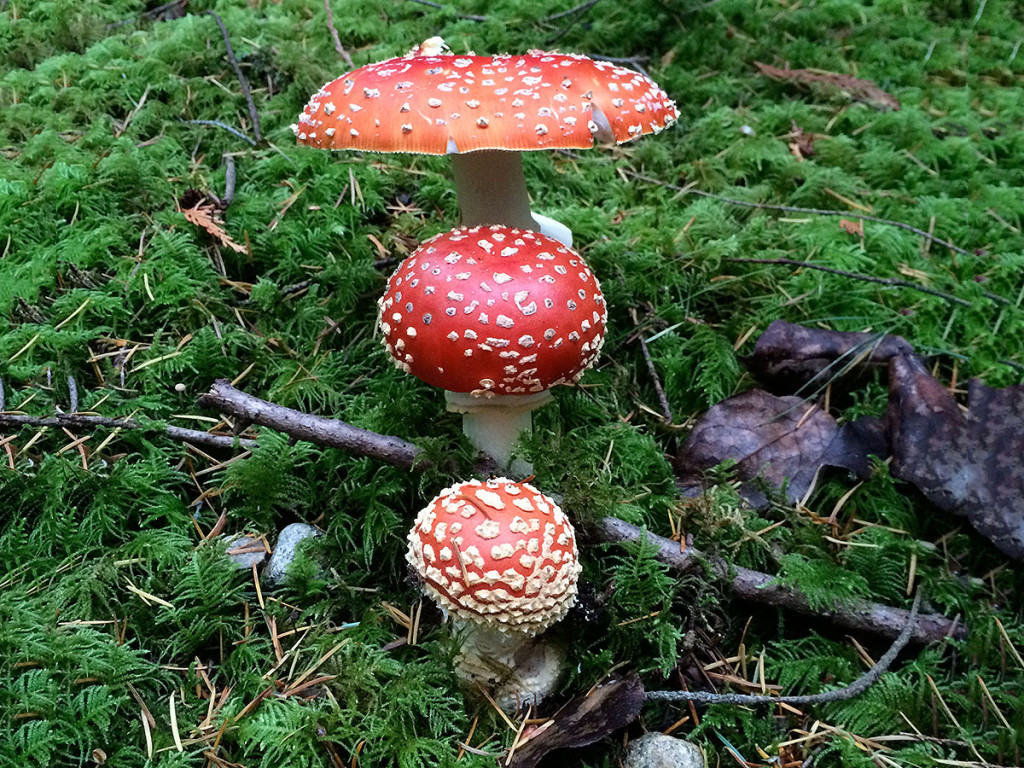 Yes, they were growing exactly like this. How cool is that?? 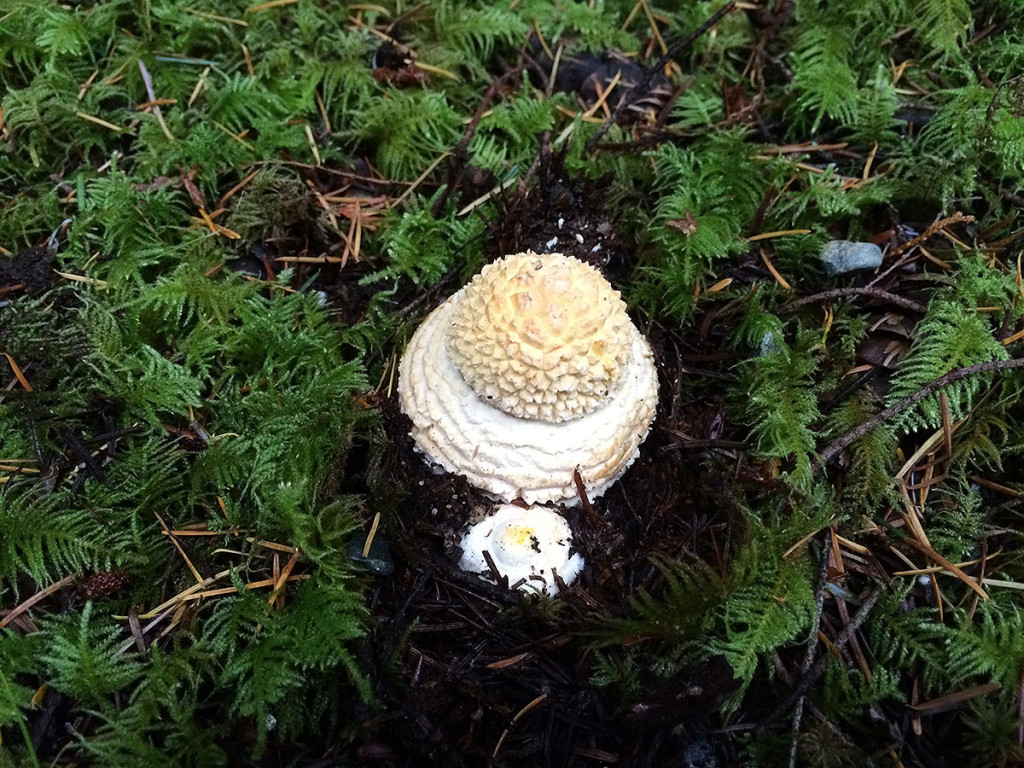 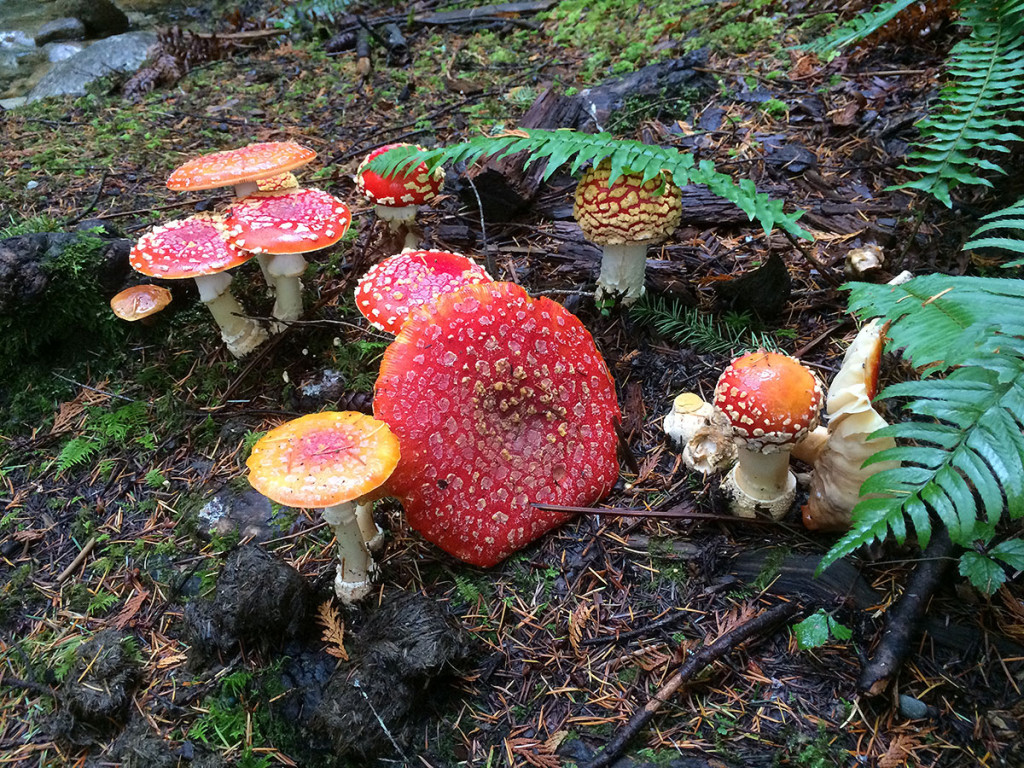 Amanita muscaria, commonly known as the fly agaric or fly amanita, is a mushroom and psychoactive basidiomycete fungus, one of many in the genus Amanita. Native throughout the temperate and boreal regions of the Northern Hemisphere, Amanita muscaria has been unintentionally introduced to many countries in the Southern Hemisphere, generally as a symbiont with pine and birch plantations, and is now a true cosmopolitan species. It associates with various deciduous and coniferous trees.

The quintessential toadstool, it is a large white-gilled, white-spotted, usually red mushroom, one of the most recognisable and widely encountered in popular culture.

Amanita muscaria is eaten in Europe, Asia, and North America where cuisine aficionados parboil it to remove the mushroom’s psychoactive substances. A.muscaria is noted for its hallucinogenic properties, with its main psychoactive constituent being the compound muscimol. The mushroom was used as an intoxicant and entheogen by the peoples of Siberia, and has a religious significance in these cultures. There has been much speculation on possible traditional use of this mushroom as an intoxicant in places other than Siberia, such as the Middle East, India, Eurasia, North America, and Scandinavia.

The American banker and amateur ethnomycologist R. Gordon Wasson proposed that the fly agaric was the soma of the ancient Rig Veda texts of India; since its introduction in 1968, this theory has gained both followers and detractors in anthropological literature. The Dead Sea Scrolls scholar John Marco Allegro also proposed that early Christianity sprang from cultic use of the fly agaric in Second Temple Judaism, and that the mushroom itself was used by the Essenes as an allegory for Jesus Christ.