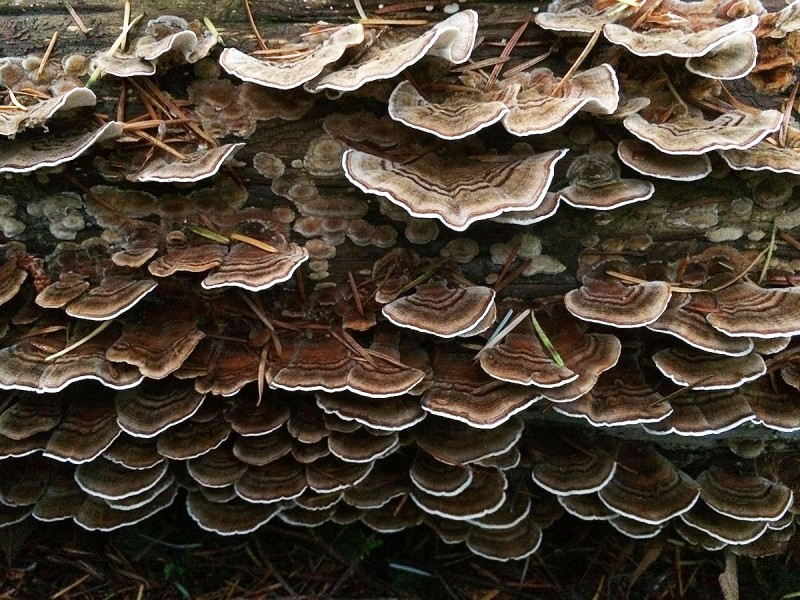 Photos are usually taken with a phone. The curve in this log is due to the phone panorama feature – we kinda like it!

About the Coriolus Mushroom (Trametes versicolor)