These false morels were found in a cleared area on lower Mount Elphie, just off the B&K, Sunshine Coast, BC, Canada.

McDowell is mad for morels and even gets a thrill spotting false morels aka elfin saddles. These were found on a dog walk through a cleared area on Mount Elphie. But these spring mushrooms won’t be going home with Balfour and McDowell because we like being alive. 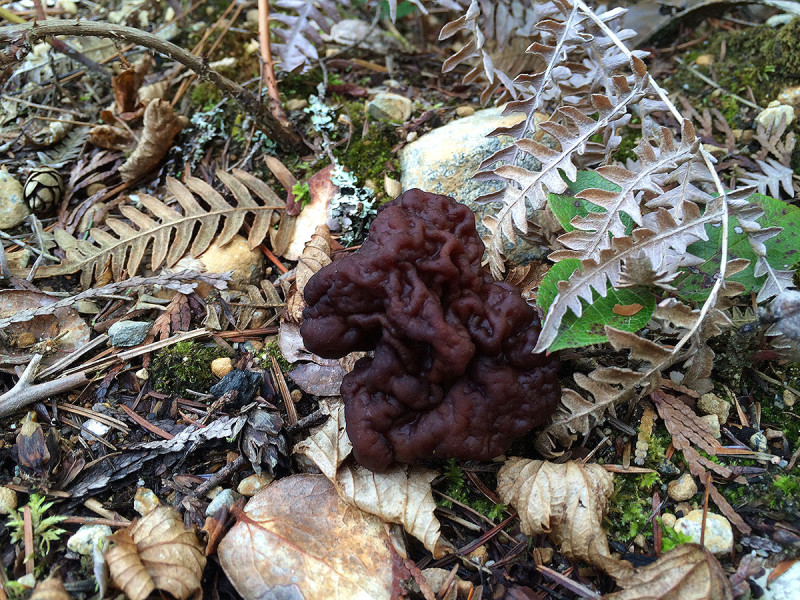 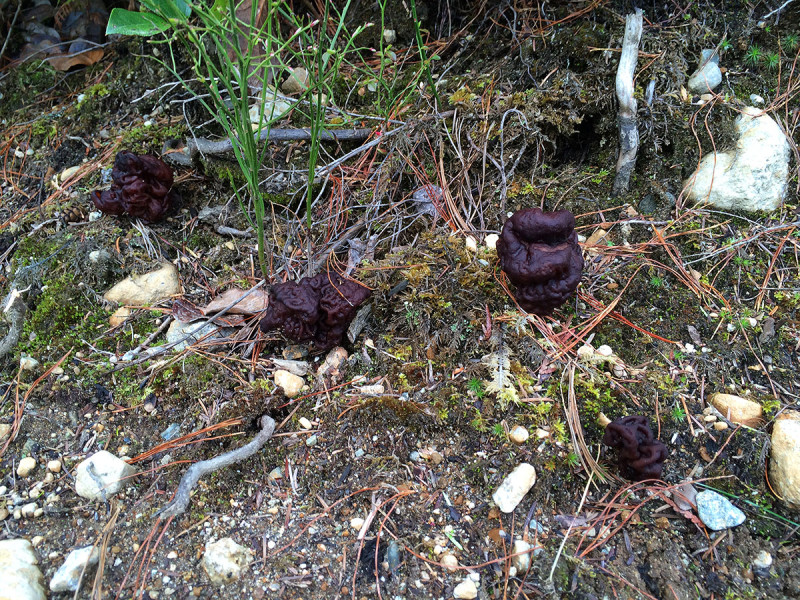 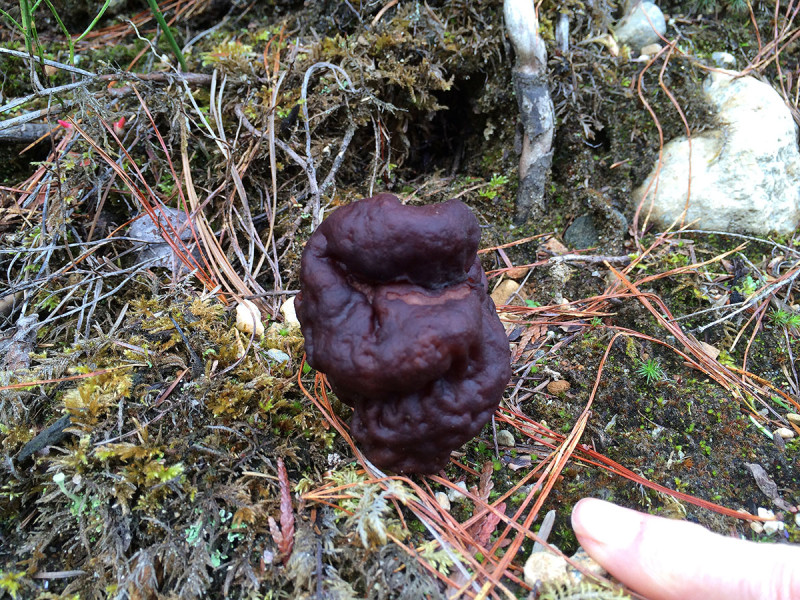 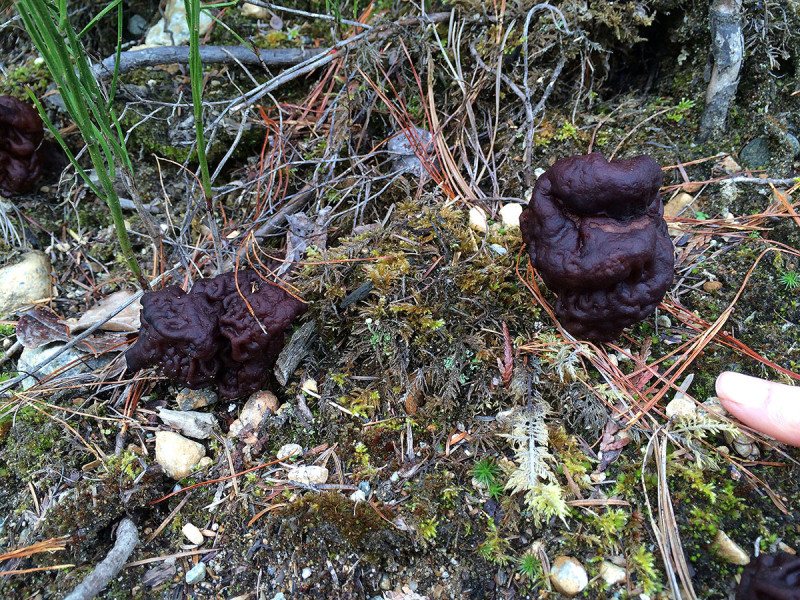 Gyromitra infula, commonly known as the hooded false morel or the elfin saddle, is a fungus in the family Helvellaceae. The dark reddish-brown caps of the fruit bodies develop a characteristic saddle-shape in maturity, and the ends of both saddle lobes are drawn out to sharp tips that project above the level of the fruit body. The stipe is white or flushed pale brown, smooth on the outside, but hollow with some chambers inside. It is found in the Northern Hemisphere, usually in the late summer and autumn, growing on rotting wood or on hard packed ground. G. infula is considered inedible as it contains the toxic compound gyromitrin, which, when metabolized by the body, is converted into monomethylhydrazine, a component of some rocket fuels. The toxin may be removed by thorough cooking. Gyromitra fungi are included in the informal category “false morels”.