Cristata – isn’t that a great word!

Walking along, the dogs racing through the forest having a blast and Balfour says what’s that? We bend down and flatten the moss a bit to see this coral closer. Neither of us have seen it before and McDowell takes some snaps before the dogs show up to bound around. (That’s why only two.) 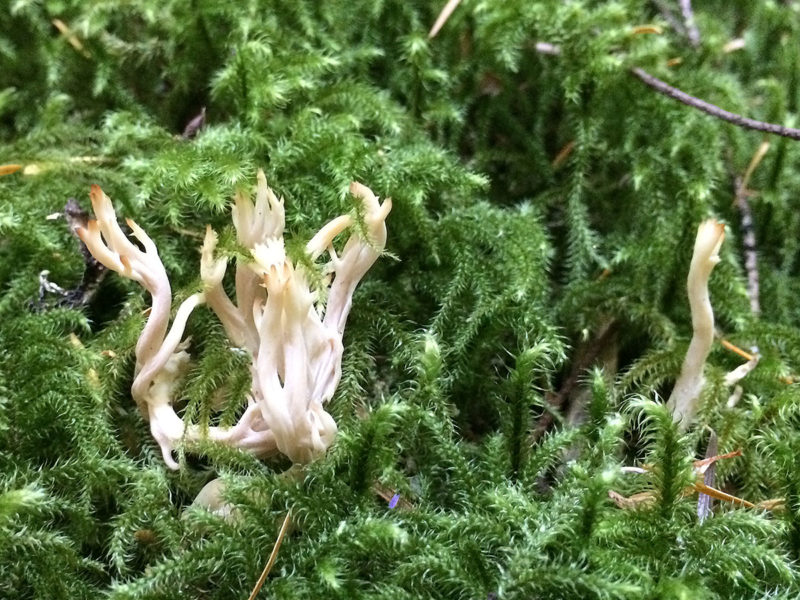 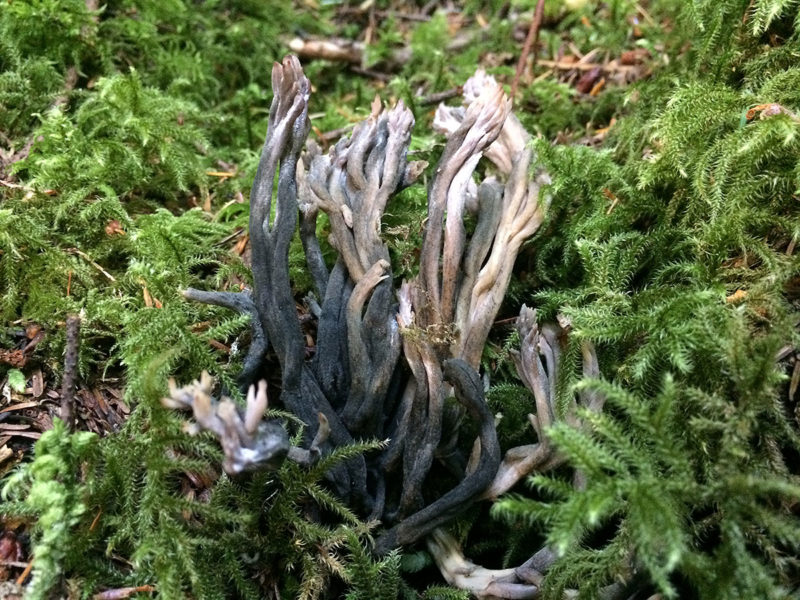 Clavulina cristata, commonly known as the white coral fungus or the crested coral fungus, is a white- or light-colored edible coral mushroom present in temperate areas of the Americas and Europe. It is the type species of the genus Clavulina.

The commonly used species name cristata was coined in 1790 by Danish mycologist Theodor Holmskjold (as Ramaria cristata). However, Linnaeus described apparently the same fungus as Clavaria coralloides in Species plantarum in 1753. Therefore, according to the International Code of Nomenclature for algae, fungi, and plants, the name Clavulina coralloides should be used in preference to Clavulina cristata, although the latter name is in more common use.

And I don’t usually link to anything other than open-source wikipedia but this has more info and where I was able to ID our find: