What happens when McDowell goes into a hot dry forest holding out her (surfing) hat?

Balfour fills it with summer chanterelles and a few hedgehogs! 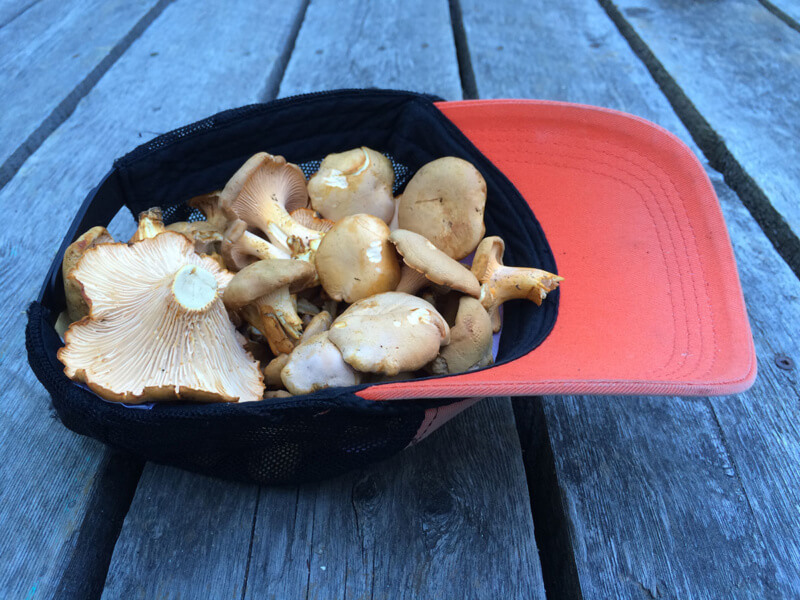 The chanterelles remind McDowell of the mushrooms she picks in Ontario: Firm, perfect texture and bold concentrated taste. We just gathered a hatful because the dogs were whining about not getting a decent walk in with us stopping to ooo and ahhh over these babies.

The hedgehogs (not shown because they were first picked and in the bottom of the hat) are a mystery to us, usually they don’t appear until fall. We’ll have to ask them. 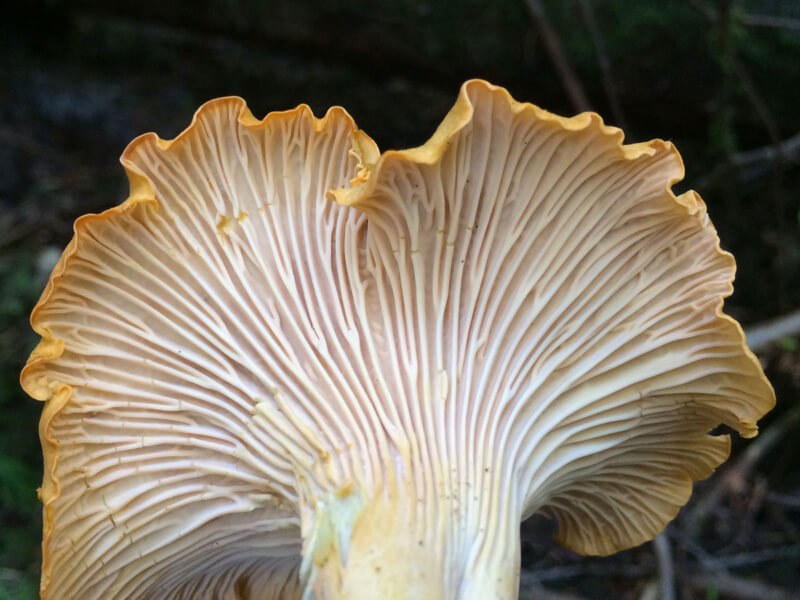 Just look at the ridges standing proud. Yes bit dry on the ends. What a beauty.