Woods have been so dry this summer that mushrooms were hard to find.

McDowell was traipsing around finding nothing when she heard Balfour cry Oh Jayun. And behold a little family of chanties of which one was massive. McDowell immediately called out Biggest Summer Chanterelle Ever! Balfour, who is not as excitable, declared it the Biggest August Chanterelle. 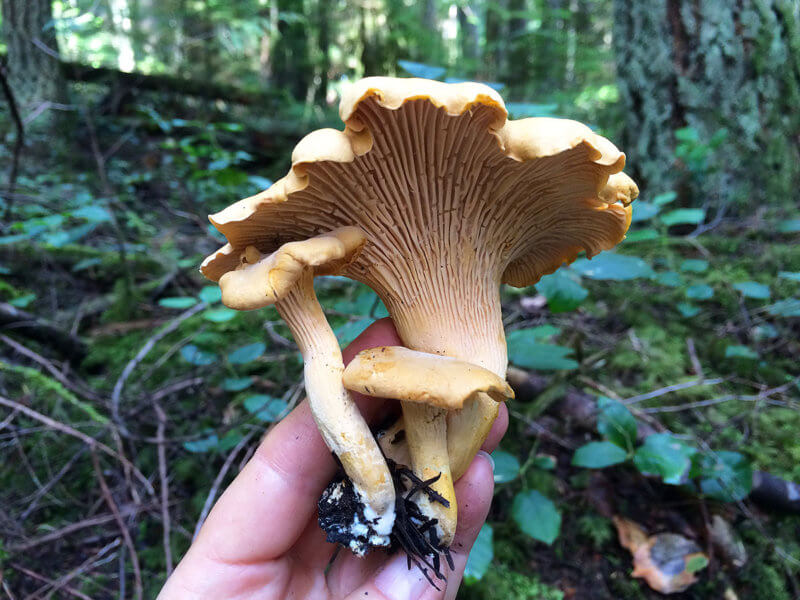 McDowell would have been happy finding the two little ones. But that Balfour always pulls a chanterelle out of a hat… And then McDowell puts it into a frying pan!

So even though the mushrooms haven’t started popping, it’s the dog days of summer and McDowell has figs to harvest, firewood to split, deer hanging in the backyard, a new skateboard and late nights of kayaking and howling at the moon. Happiness abounds. 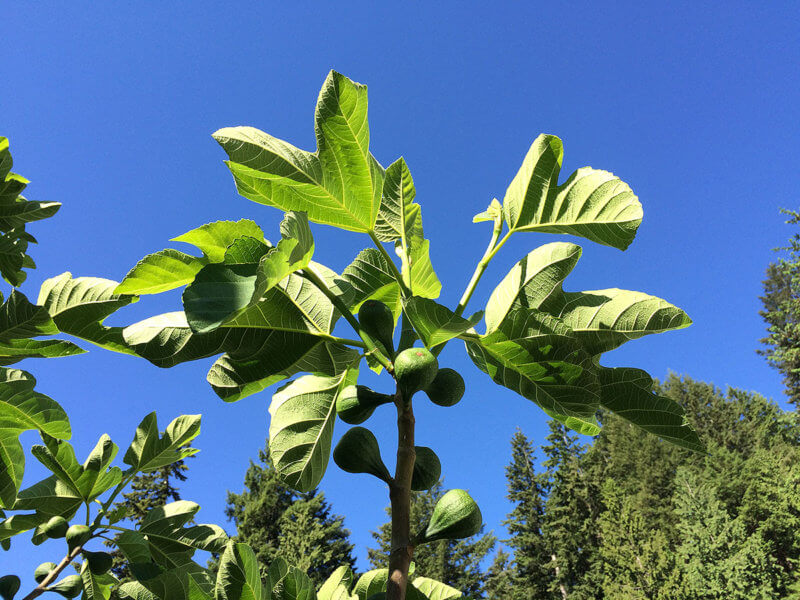 Every August McDowell has 100s of figs to harvest and holds Figlapalooza. Just look for the big fig tree, listen for the music and come on by!