This large cauliflower was found in Sprockids Bike Park, Sunshine Coast, BC, Canada.

Balfour again makes a big find after a session of gathering chanterelles in Sprockids. This lovely cauliflower was growing on top of a stump alongside one of the trails. McDowell sectioned it off, cleaned all the forest needles and dirt from it and had friends over for tastings. 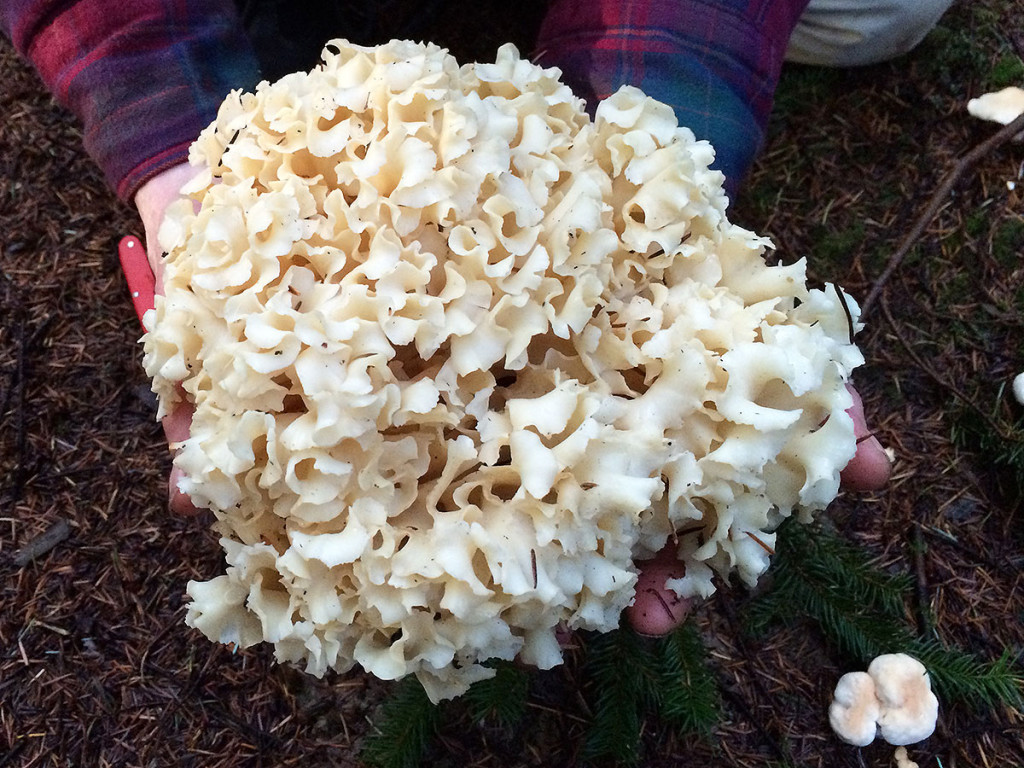