We received these images from Chef Luca Molteni of The Barn Chefs in Ontario. Luca is from Northern Italy and was not sure if these mushrooms were Porcini as he calls them, King Boletes as we call them and Boletus edulis as the Latins call them. These boletus were found in mixed maple, popular and pine bush in Apsley, between Toronto and Ottawa.

Meronwood policy (laid out by our legal advisors) states we cannot identify mushrooms without seeing them so we are unable to give an opinion. But what do you think?

Once thing we can say is that these are gorgeous. Look at those thick robust stalks, love those. 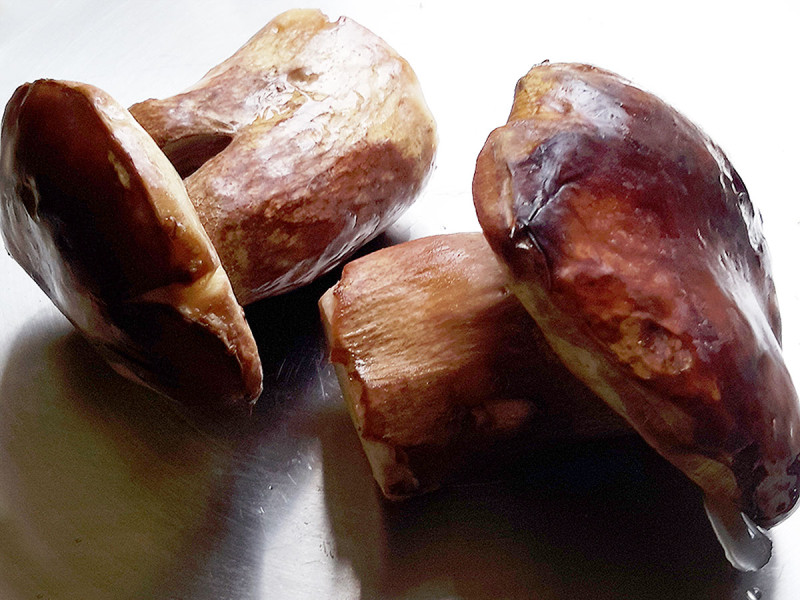 We’ve said it before and… McDowell just adores Boletus everythingus. And what’s not to love about these beauties! 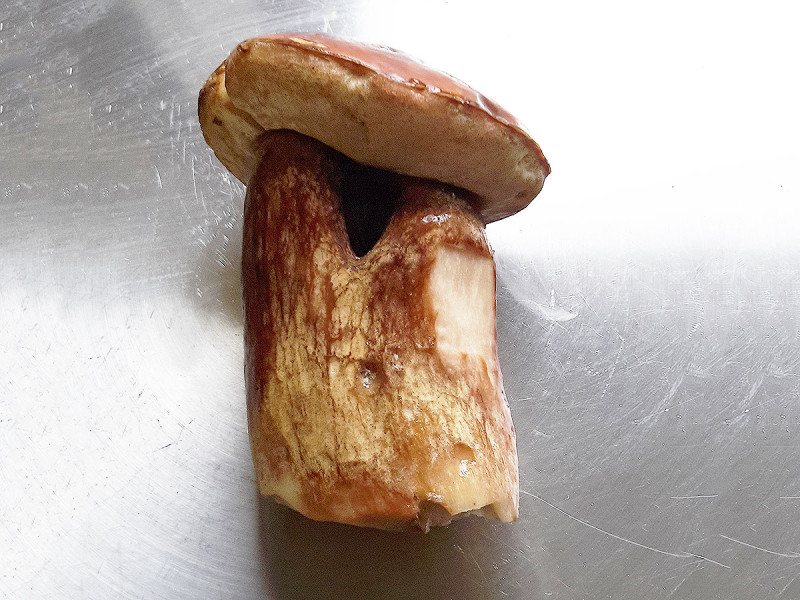 Now that’s one sturdy looking mushroom. Could the stalk be any bigger? 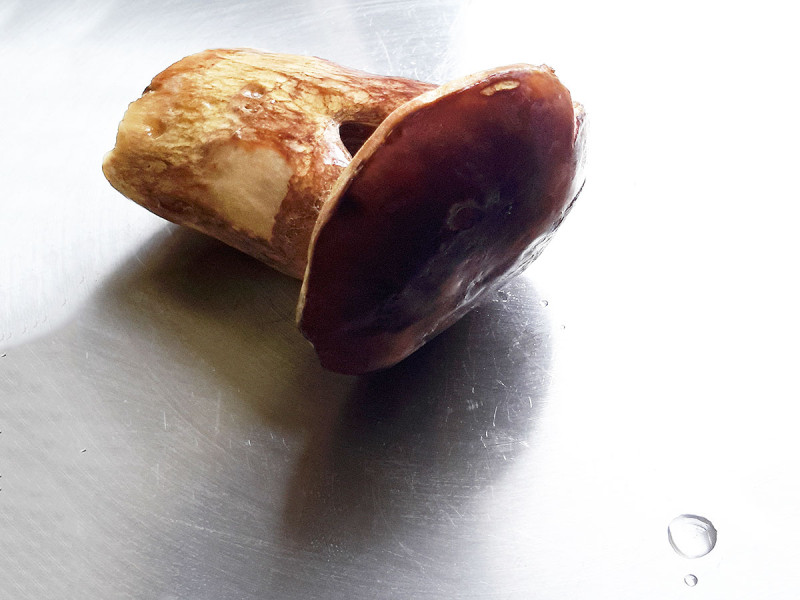 A meal in itself. McDowell’s mouth is watering already.

Rule of thumb regarding Boletus: if it doesn’t bruise blue after cutting, the sponge is not red and it tastes good, then hey, you may have yourself a delicious bolete. Always check with an expert if you have any doubt. Better to regret the perfect Boletus edulis that you picked as a young forager and then didn’t eat, than to eat something that you shouldn’t. Yes McDowell still has nightmares about that one.

Many thanks to Chef Luca Molteni of The Barn Chefs, in Coe Hill, Ontario for sending us these photos!

About The Boletus Mushroom

Boletus is a genus of mushroom-producing fungi, comprising over 100 species. The genus Boletus was originally broadly defined and described by Carl Linnaeus in 1753, essentially containing all fungi with pores. Since then, other genera have been defined gradually, such as Tylopilus by Petter Adolf Karsten in 1881, and old names such as Leccinum have been resurrected or redefined. Some mushrooms listed in older books as members of the genus have now been placed in separate genera.