This just in from Lukasz.  Bolete from Tobermory, Ontario. 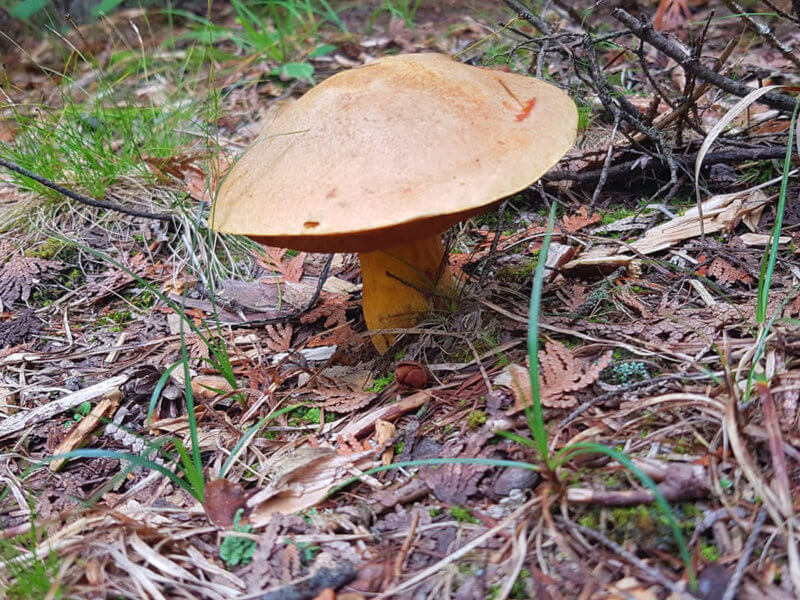 And a fine specimen it is too! Absolutely perfect. Many thanks Lukasz!

About The Boletus Mushroom

Boletus is a genus of mushroom-producing fungi, comprising over 100 species. The genus Boletus was originally broadly defined and described by Carl Linnaeus in 1753, essentially containing all fungi with pores. Since then, other genera have been defined gradually, such as Tylopilus by Petter Adolf Karsten in 1881, and old names such as Leccinum have been resurrected or redefined. Some mushrooms listed in older books as members of the genus have now been placed in separate genera.