McDowell read about milk caps and has wanted to find some for the past several years. But they didn’t seem to stand out enough to be noticed. This year Balfour and McDowell noticed a mushroom with green on it. They’d never noticed that before. You know where we’re going with this right?

McDowell took some snaps to try and see what the story was with the green. And yup, it’s the elusive milk cap. It seems to stain red and then green after exposure and/or also after bruising it stains green within a few hours. Confused yet, just wait, there’s more…

Called the Delicious Milk Cap (Lactarius deliciosus), it turns out it isn’t so delicious. And no McDowell didn’t try eating it, she trusted the wisdom of David Arora in his book All That the Rain Promises and More… (Our first go-to for mushroom ID. It’s description as “A Hip Pocket Guide to Western Mushrooms” is not only because the book fits into a large pocket of your pants.) Seems the delicious milk cap is a bit bitter and yeah, so, who named it??

Just one more thing, it’s in the order Russulales. We know what you’re thinking… That explains EveryThing.

This milk cap was hanging out with friends on Mount Elphie happy as can be with no idea of all the hubbub. 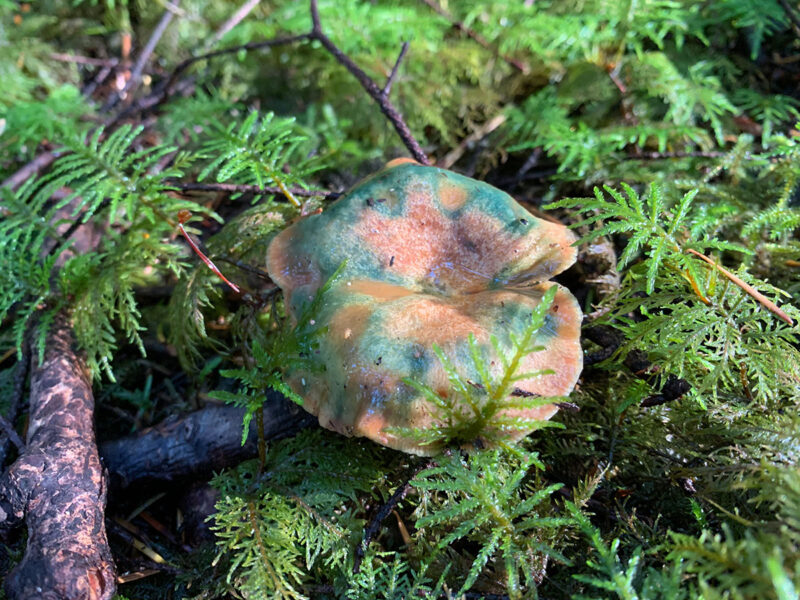 It was the green staining that caught our attention. 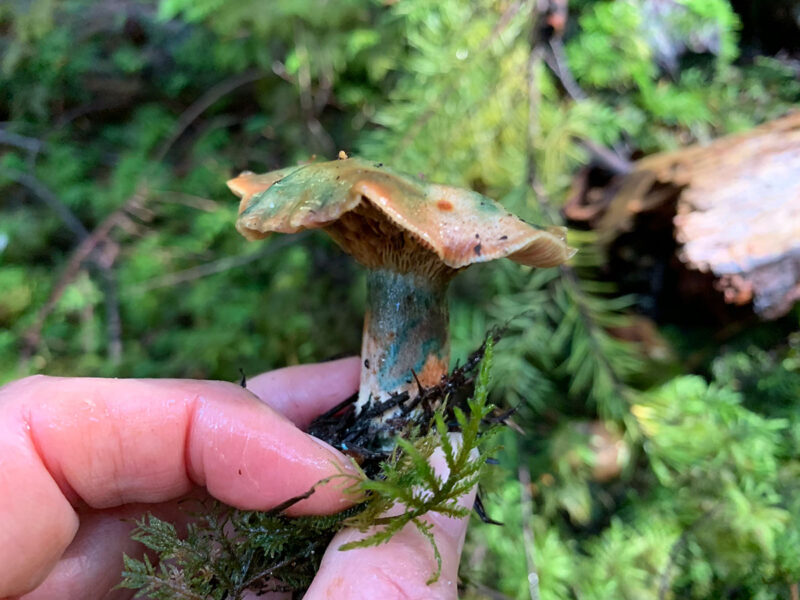 McDowell seems to remember having hair that colour of green in her punk years.

Lactarius deliciosus, commonly known as the saffron milk cap and red pine mushroom, is one of the best known members of the large milk-cap genus Lactarius in the order Russulales. It is found in Europe and has been accidentally introduced to other countries under conifers and can be found growing in pine plantations. A fresco in the Roman town of Herculaneum appears to depict Lactarius deliciosus and is one of the earliest pieces of art to illustrate a fungus.

But as stated above this mushroom is the western saffron milk cap that grows in BC and the Pacific northwest.