These Helvella crispa have to be one of the coolest things we’ve ever seen in the forest. They’re like something out of a fairytale. Both Balfour and McDowell were in awe. The first one we saw was so spell-binding we didn’t want to leave it. We explored it from every angle: it’s wild shaped cap with a fuzzy lining, and it’s deeply ridged, sturdy yet hollow stipe. It is just so far out looking that we couldn’t take our eyes off it.

We IDed it in the forest as an albino elfin saddle. And basically we weren’t far off, they are in the same genus – it is a white version, with the dark one usually seen being Helvella lacunosa and this Helvella crispa. As noted below Wikipedia notes it as an eastern North American mushroom but we’re not the only ones to have found it on the West Coast. This is the first time we’ve seen them: And we’re hoping not the last.

After we said goodbye to the first one, knowing we’d not be able to find her again, we came upon a second one an hour later. McDowell took many photos so we’d always be able to remember this stunning mushroom.

These were found on lower Mount Elphinstone. 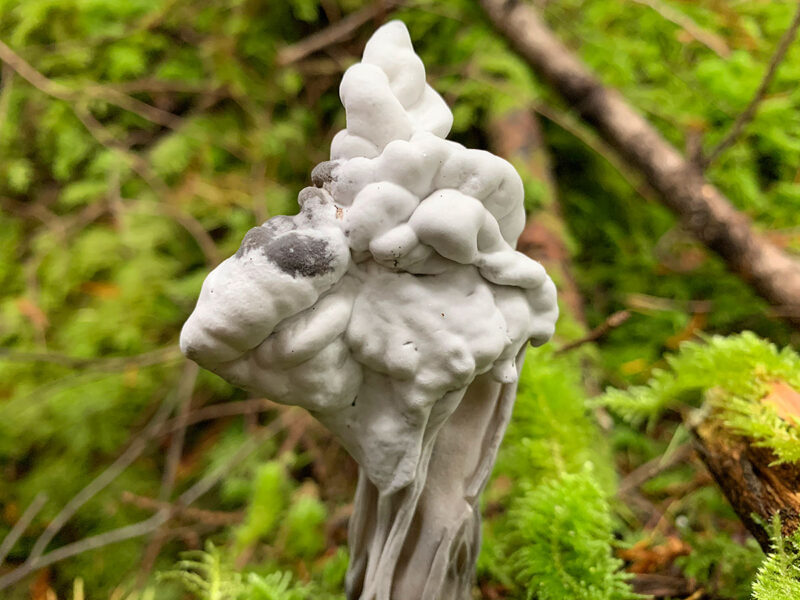 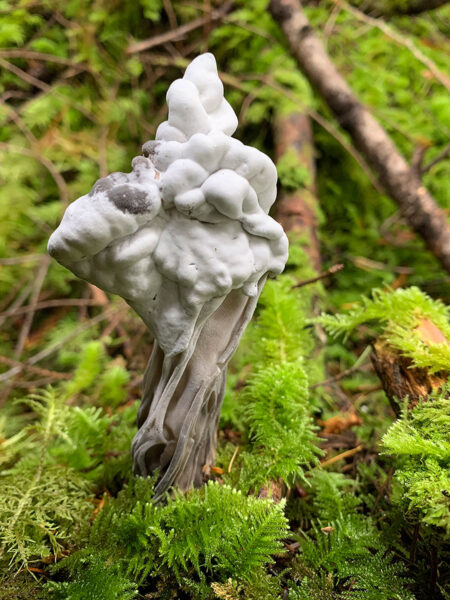 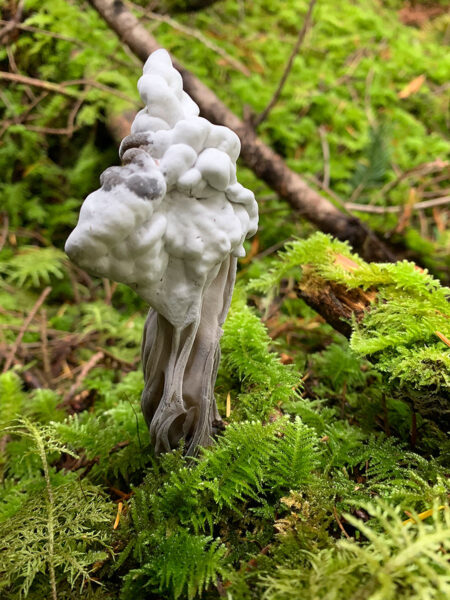 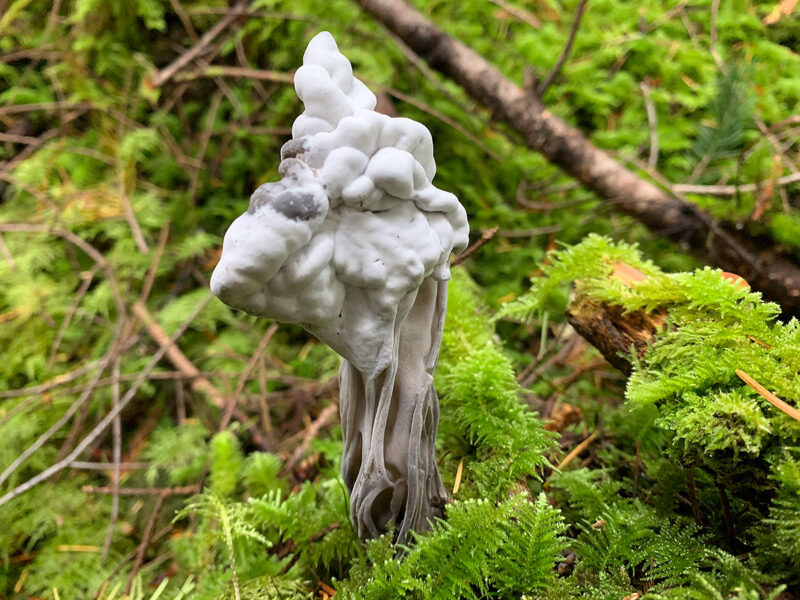 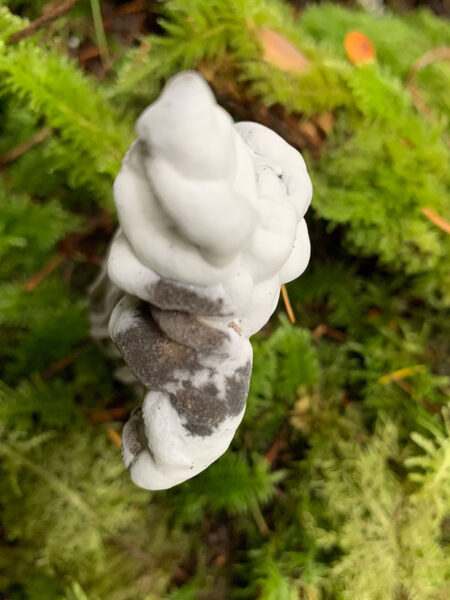 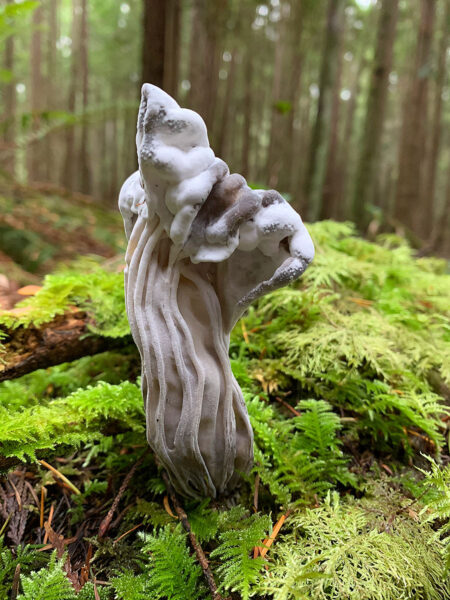 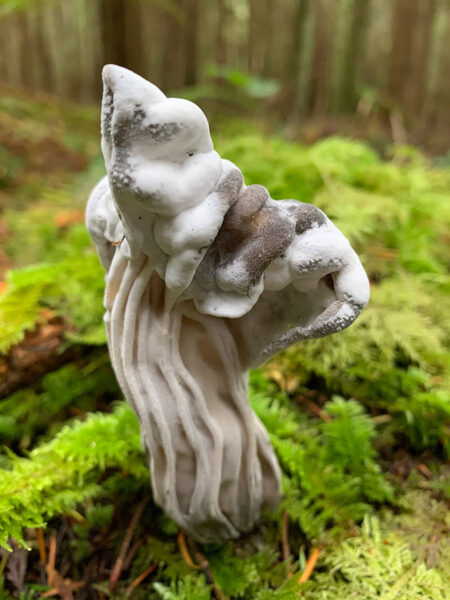 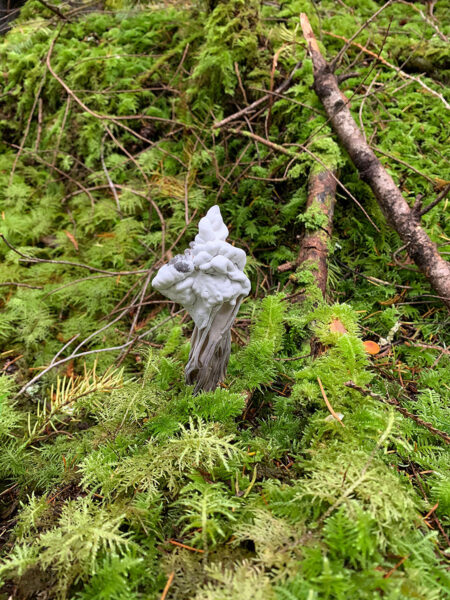 That was the first one we found.

And then we found a second one!! 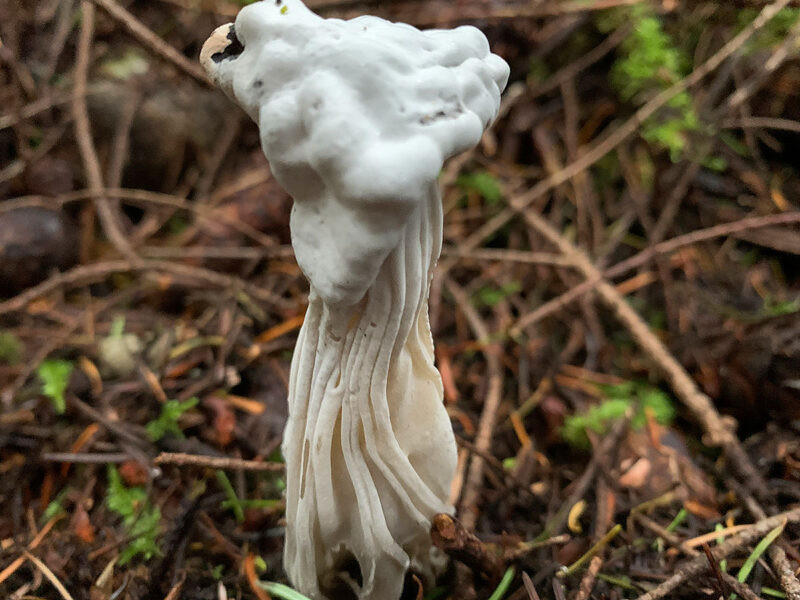 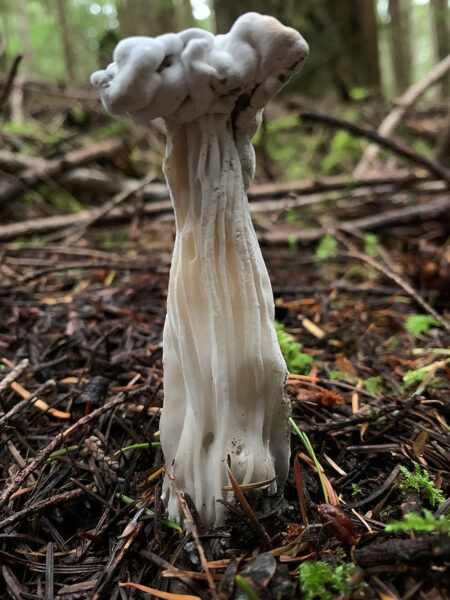 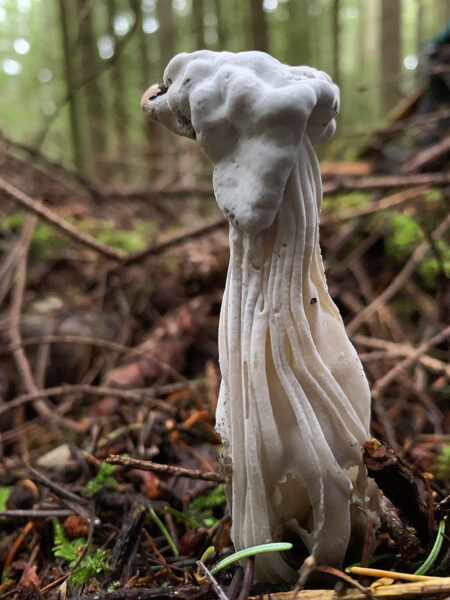 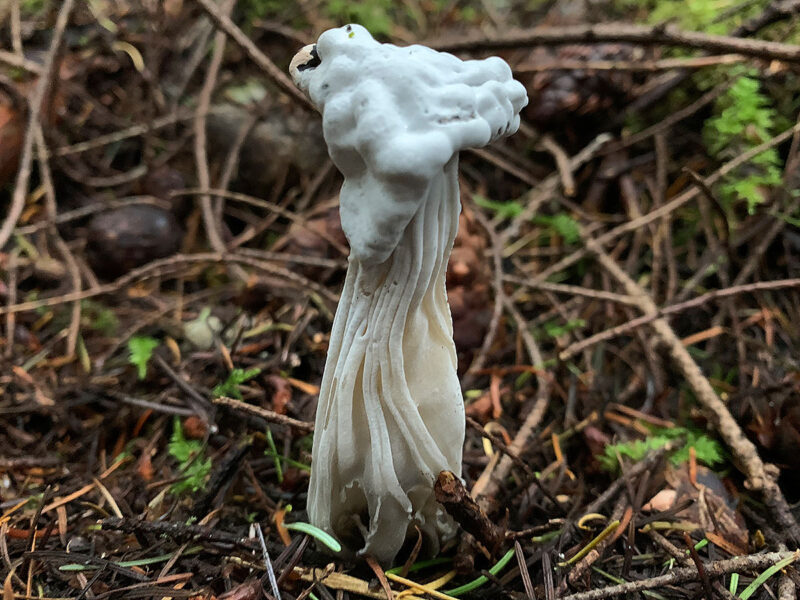 And after these beauties we found a bagful of the last of the chanterelles. What a perfect day in the forest. Yesterday we found one single hedgie but we heard an owl for about 15 minutes. We are so grateful to have this time in the forest.

About the Helvella crispa

Helvella crispa, also known as the white saddle, elfin saddle or common helvel, is an ascomycete fungus of the family Helvellaceae. The mushroom is readily identified by its irregularly shaped whitish cap, fluted stem, and fuzzy undersurfaces. It is found in eastern North America and in Europe, near deciduous trees in summer and autumn.