And why? Because is it a Russula nigricans aka a blackening russula or is it a Russula dissimulans, the so-called North American version of R.nigricansas as Shaffer (and try to find out who that is, I dare you) defined it in1962. Reasoning  – different gill spacing and different spore sizes, which some believe is not enough to call a new species. No wonder McDowell is being creative. 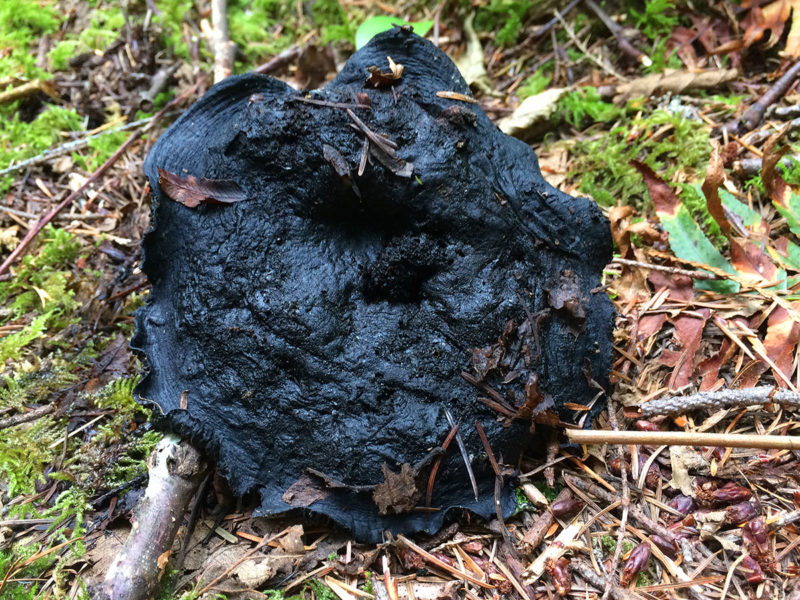 They were everywhere this summer, but McDowell didn’t take any snaps til today up at TrailFest. 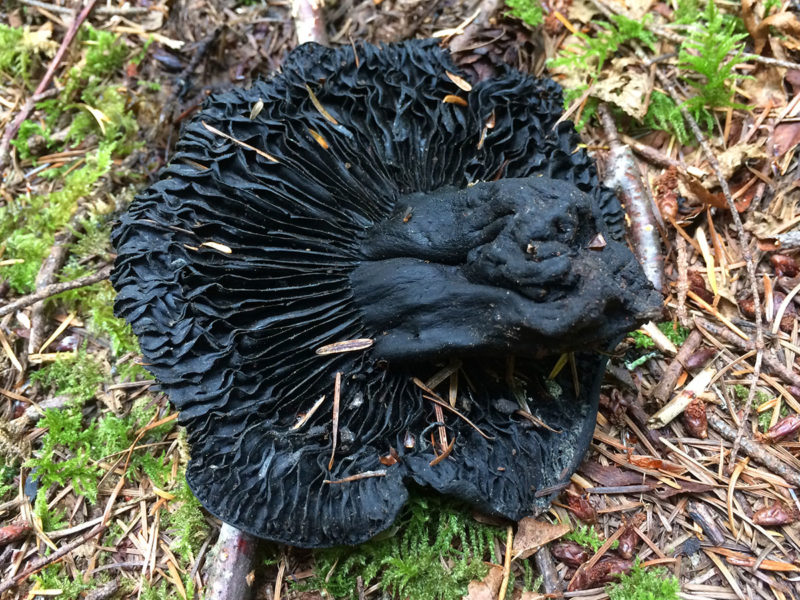 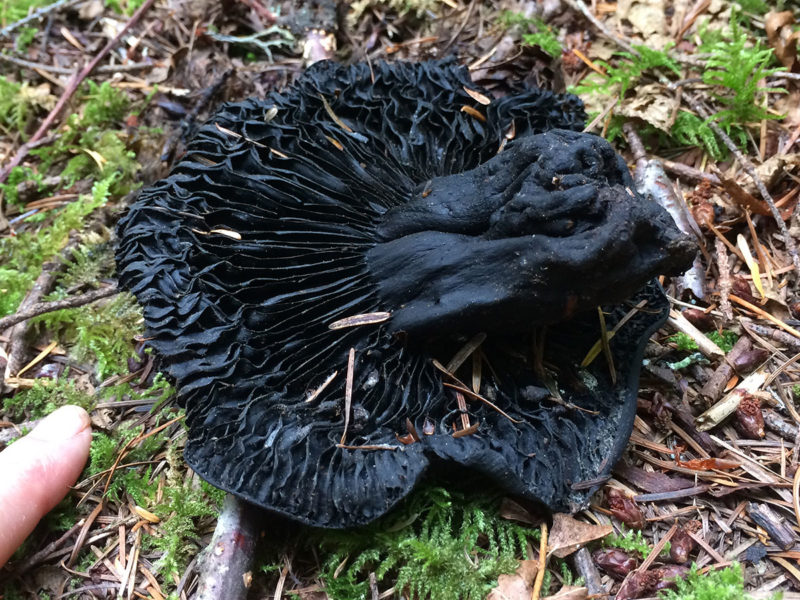 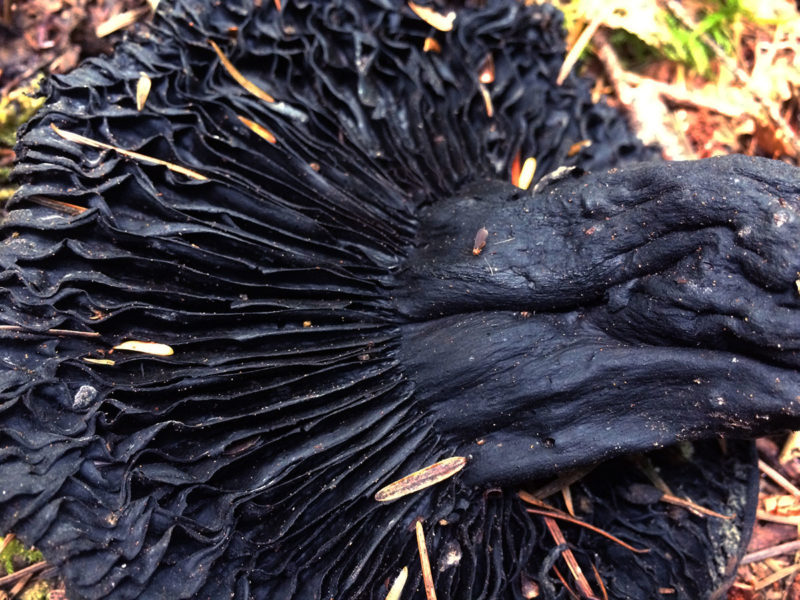 Russula nigricans, commonly known as the blackening brittlegill or blackening russula, is a gilled mushroom found in woodland in Europe. It gains both its common and scientific name from its propensity to turn black from cutting or bruising. It is edible but of indifferent quality. Russula nigricans appears in late summer and autumn in both deciduous and coniferous woodland across Britain, Northern Europe, and at least the East Coast of North America. [And that’s why McDowell needs help on this ID – unless she feel asleep and woke up on the East Coast – Nooooooooooooooooooooooo!]