Coral always catches our fancy. Even though it’s ubiquitous in the forest it’s a regal sight with those little crown tips, and we’re alway pointing some out to each other as we walk the trails. Today Balfour and McDowell were both caught off guard by the brilliant red colour of this little coral. We had not seen red coral before and it’s such a fun colour among the greens and browns of the woods.

We found this one holding court in Upper Roberts Creek. 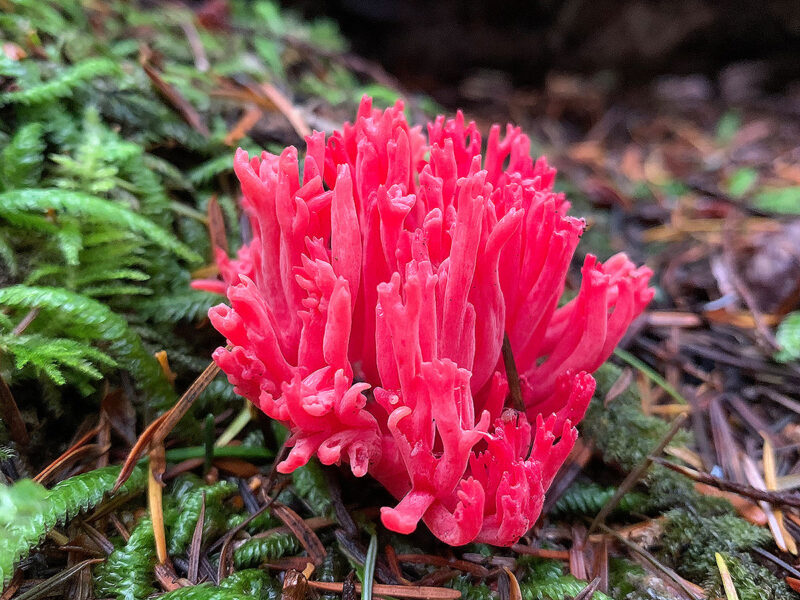 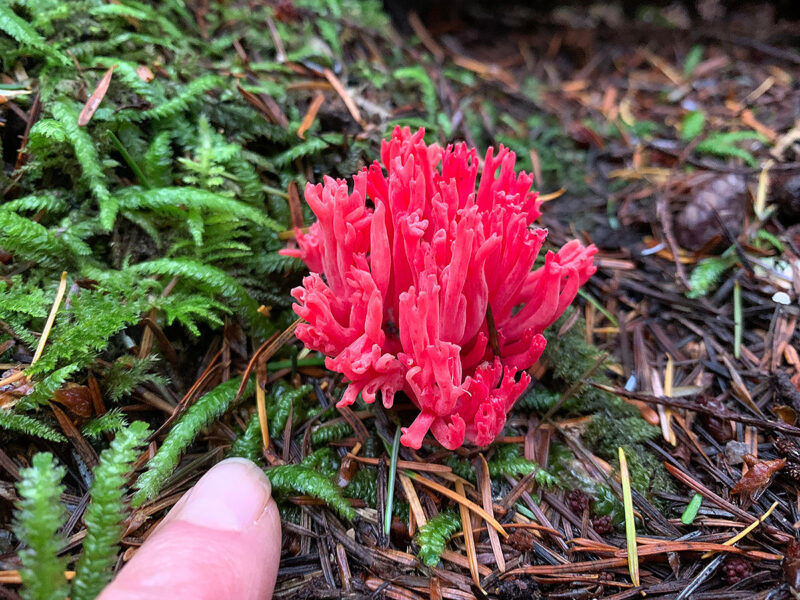 Luckily the bright colour caught our eyes because it’s a tiny bit of coral this one.

Technically red coral is edible but due to its possibility of causing an upset stomach we are enjoying it with our eyes only.

Ramaria araiospora, commonly known as the red coral, is a coral mushroom in the family Gomphaceae. First described in 1974, it is found in North America, and the Himalaya. An edible species, it is sold in local markets in Mexico.

Ramaria araiospora fruit bodies are edible, but can result in an upset stomach. In the Villa del Carbón municipality of Mexico, where they are known locally as patitas de pájaro (“bird’s legs”), patitas temblonas (“trembling legs”), or patitas rojas (“red legs”), the fungi are favored for their fleshy consistency, mild flavor, and abundance.