Ever since exploring upper Wilson Creek in 2014 and seeing Hawk Wings, McDowell’s been obsessed with them. If Balfour had a dollar for every time McDowell mentions them…  And what’s the big deal? Well (a) they have a beautiful design (b) they have teeth (c) they’re massive and (d) there’s something wondrous about them.

So, while roaming the mossy growth on Mount Elphinstone in search of pines, Balfour came across this beauty. Thinking it a polypore at first attached to a log, she was surprised to find a sturdy stipe. She called McDowell over and a sense of excitement filled the air. What was this hefty, proud looking fungi? And yes, after a bit of examination both agreed, an elder hawk wing. 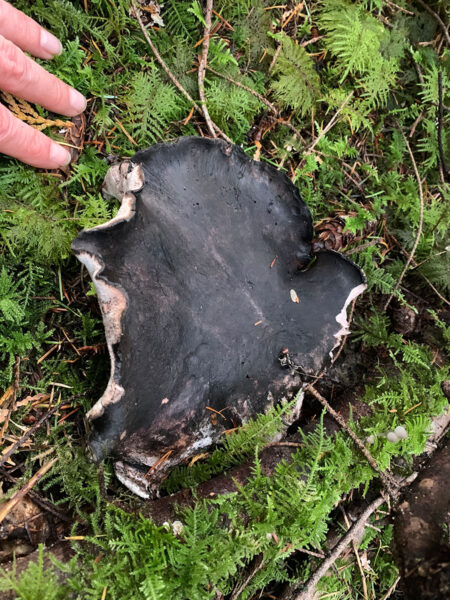 This elder no longer had it’s famous hawk wing pattern. 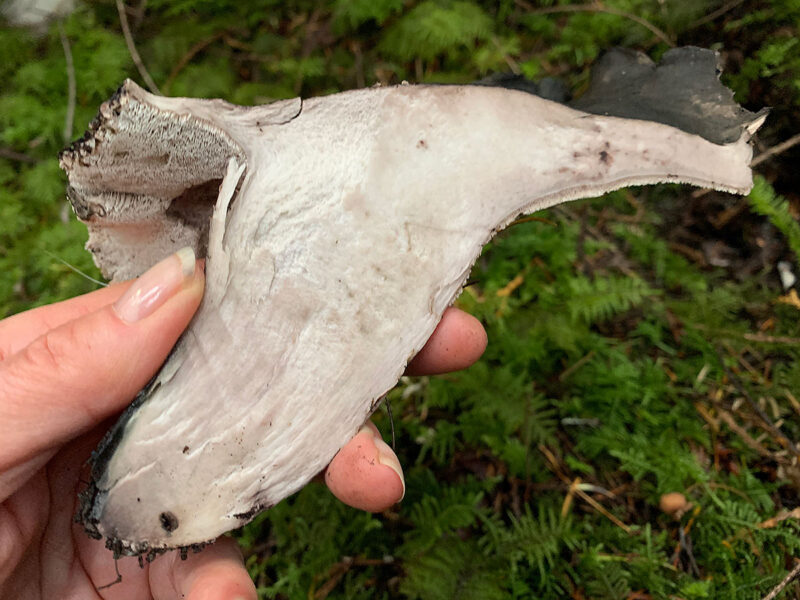 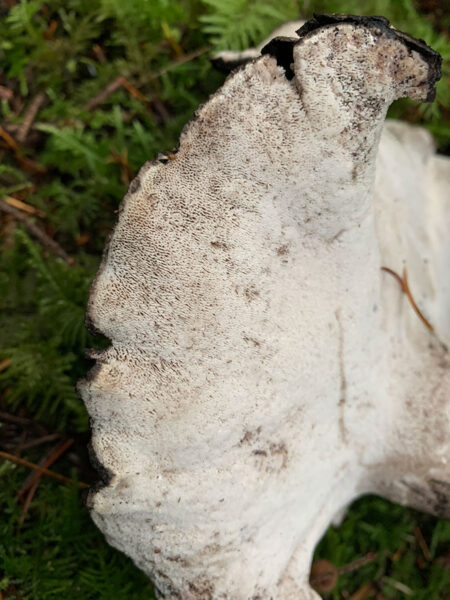 The teeth were so compacted together it was like one smooth undermass. 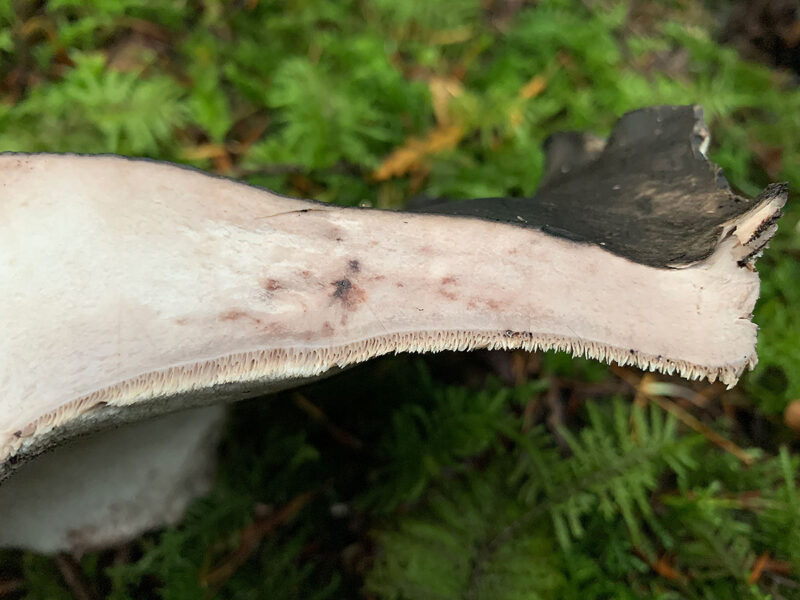 Did a close up and there are the teeth! 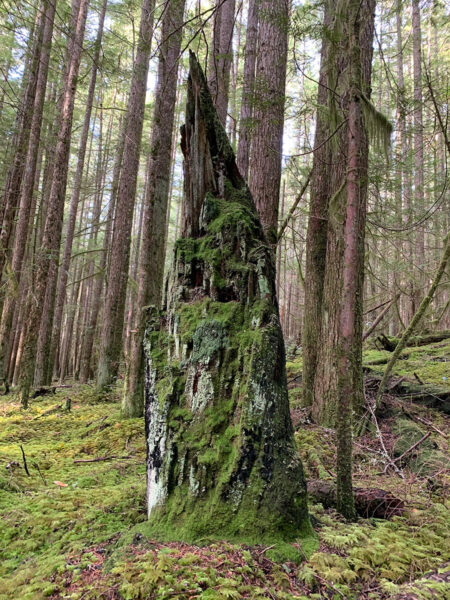 And then the clincher. This gorgeous remains of a tree. Hawk wings always lead to something beautiful and here it was. McDowell knew in her heart and head that yes, she and Balfour were experiencing the joy of another hawk wing.