What I love about the eastern forests, well one of many things, are the birch trees. Yeah, yeah, who doesn’t, I hear ya.

Found these tinder conks growing on some birches around the cottage. Good thing in case I ever go there in the winter and need to start a fire. The 5,000-year-old Ötzi the Iceman carried four pieces of F. fomentarius, concluded to be for use as tinder. 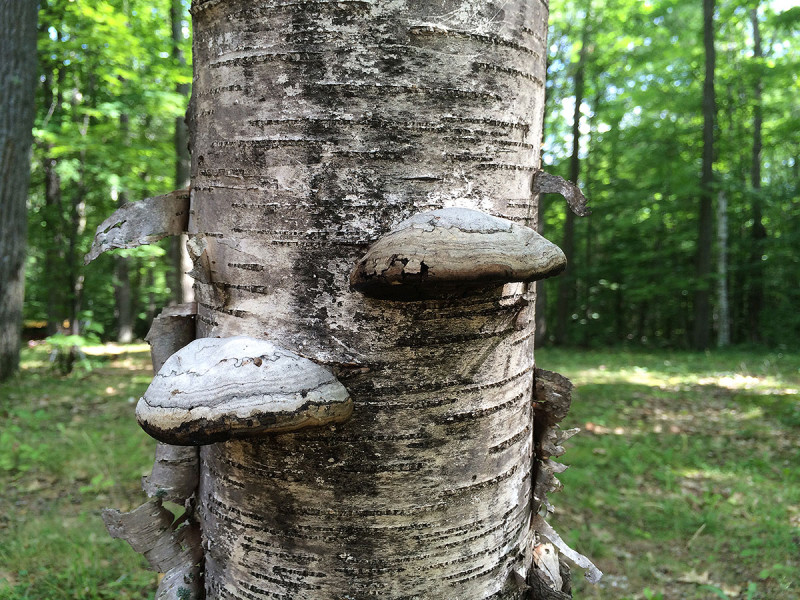 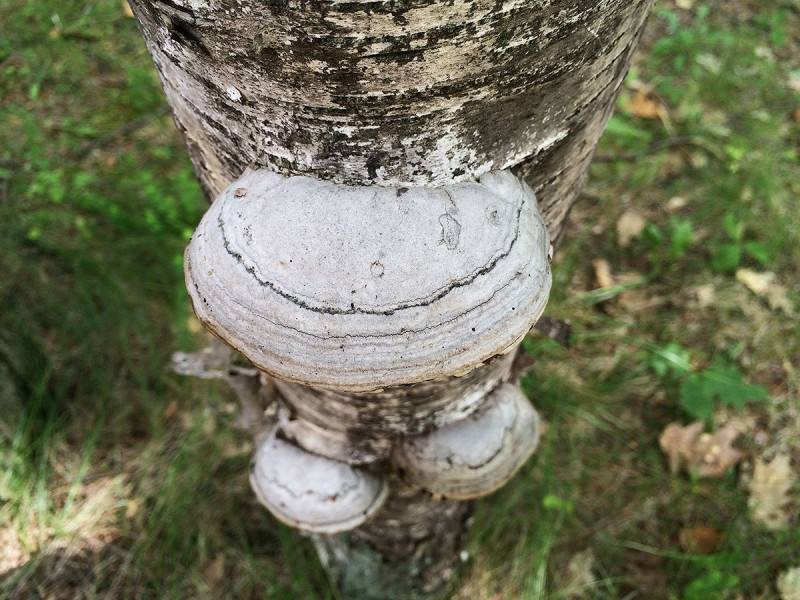 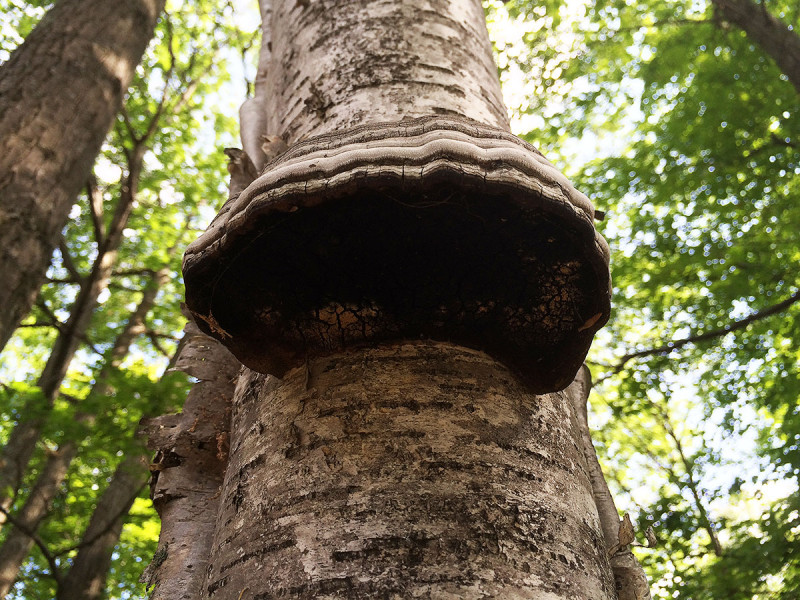 About The Tinder Conk ( Fomes fomentarius )

Fomes fomentarius (commonly known as the tinder fungus, false tinder fungus, hoof fungus, tinder conk, tinder polypore or ice man fungus) is a species of fungal plant pathogen found in Europe, Asia, Africa and North America. The species produces very large polypore fruit bodies which are shaped like a horse’s hoof and vary in colour from a silvery grey to almost black, though they are normally brown. It grows on the side of various species of tree, which it infects through broken bark, causing rot. The species typically continues to live on trees long after they have died, changing from a parasite to a decomposer.

Though inedible, F. fomentarius has traditionally seen use as the main ingredient of amadou, a material used primarily as tinder, but also used to make clothing and other items. The 5,000-year-old Ötzi the Iceman carried four pieces of F. fomentarius, concluded to be for use as tinder. It also has medicinal and other uses. The species is both a pest and useful in timber production.