Don’t why we’ve never noticed these before because they look really cool in their clusters. They looks so healthy and chubby with beautifully shaped caps. But after research McDowell learned that they can look very different.

Classed as edible, but due to the fact that these are not as flavourful as the Japanese variety, can occasionally cause upset stomach and have some cousins that are toxic – we don’t eat them. But we sure admire them.

This cluster was found in upper Roberts Creek. 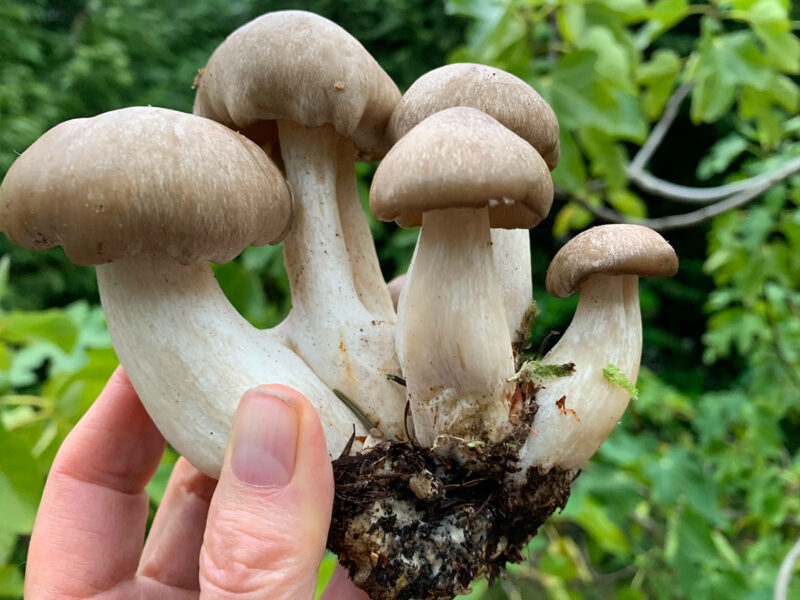 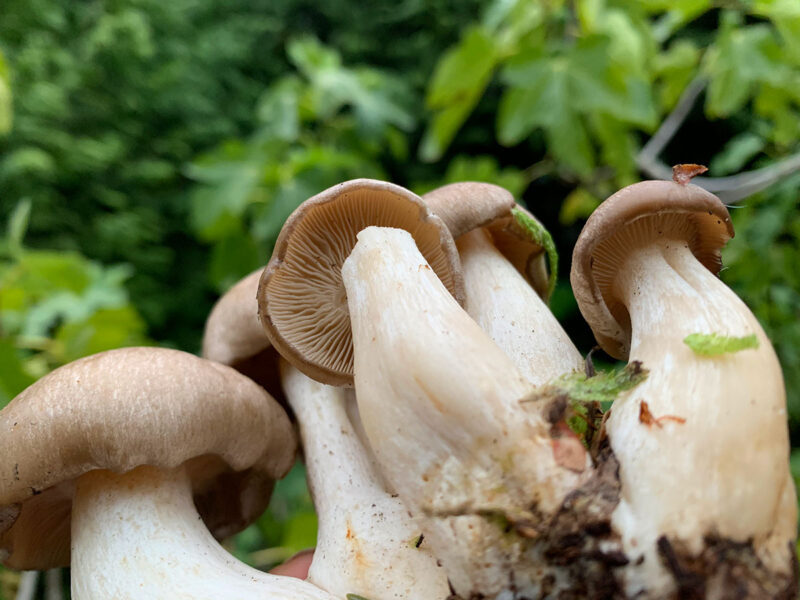 Lyophyllum decastes, commonly known as the fried chicken mushroom, is an edible species of fungusin the family Lyophyllaceae that grows in clusters on disturbed ground, with a faintly radish-like taste. Gills are white but may yellow slightly with age. The firm flesh remains white on exposure.