September 206 was dry and we were really searching hard to find a mushroom. September 15 is McDowell’s parents anniversary and usually she celebrates with a day of foraging chanterelles. This year she managed to find one in the forest on Lower Road. Well, even one chanterelle is enough to celebrate with. Happy Anniversary Mom and Dad. 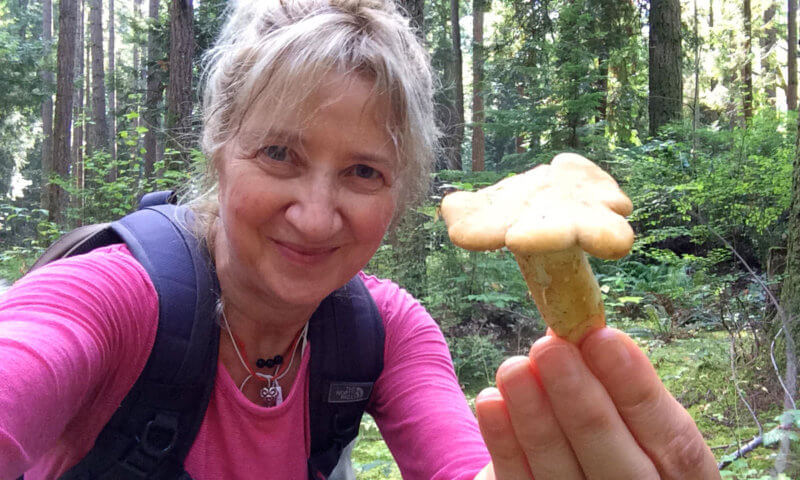 Happy Anniversary to my Mom and Dad and to everyone in the mushroom world kicking off another fall season!