Funny thing happened – not haha funny, but weird funny. When McDowell moved servers in early 2022, the posts from 2021 disappeared. Which is a real drag because in July of 2021 Balfour showed McDowell something neither of them had seen before. Because the posts have vanished you won’t be able to read the witty text that McDowell wrote at the time. But…

McDowell remembers the adventure began when Balfour said “Do you wanna see something really different?” And McDowell responded “Do I???” So Balfour led the way up a trail they had travelled many times, which of course McDowell didn’t recognize because she’s hopeless at finding her way through a forest, and wow these beautiful candysticks were right there. Which just goes to show that after 20 years of foragers can still find something they’ve never seen before!

The cool thing about A. virgata is that they are nongreen plants, because they lack chlorophyll, and are able to obtain nutrition from neighbouring green plants through a fungal intermediate. Cool or what!!! And they have excellent taste, preferring the awesome matsutake mycelium as a food source. 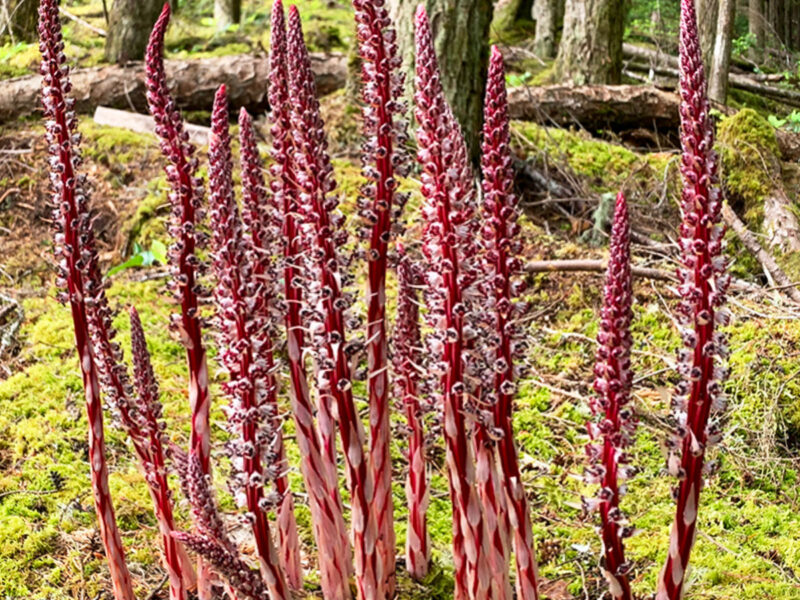 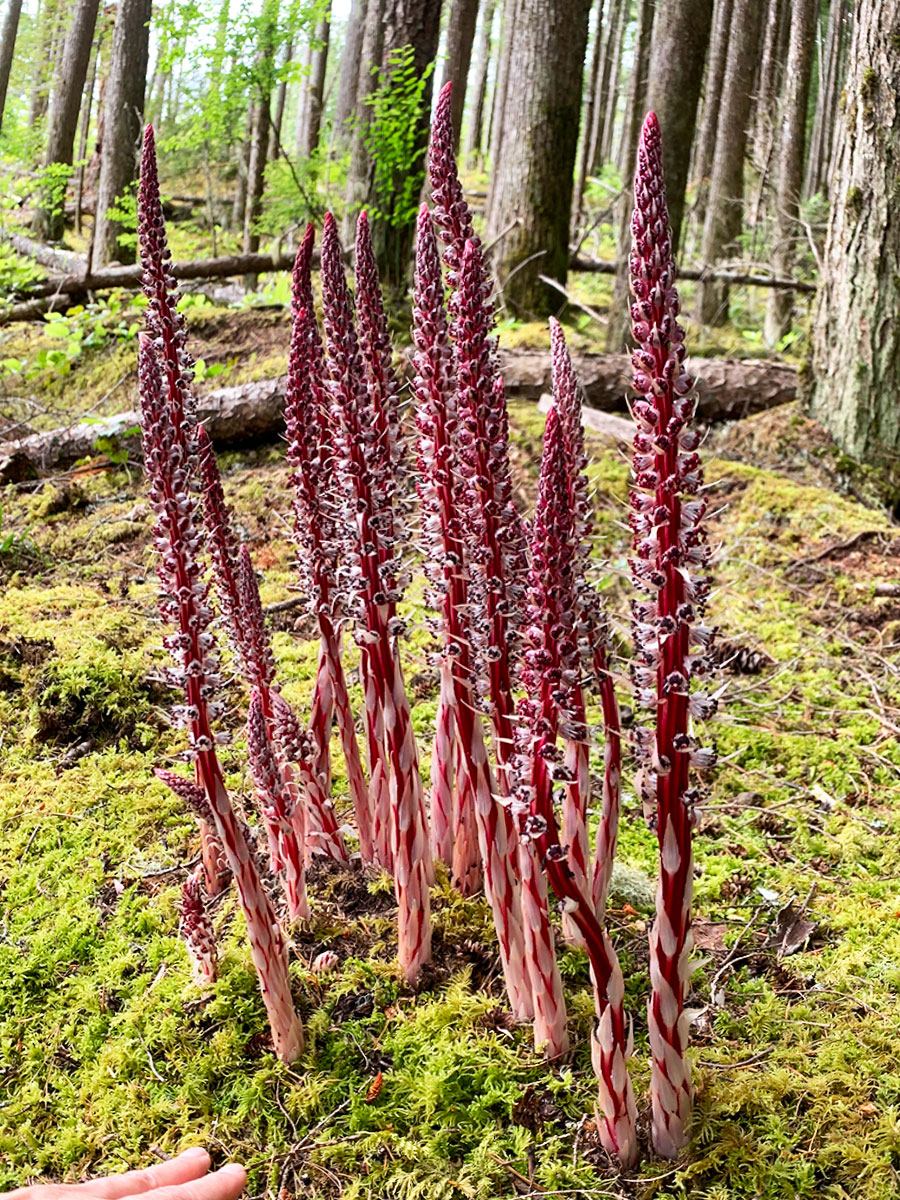 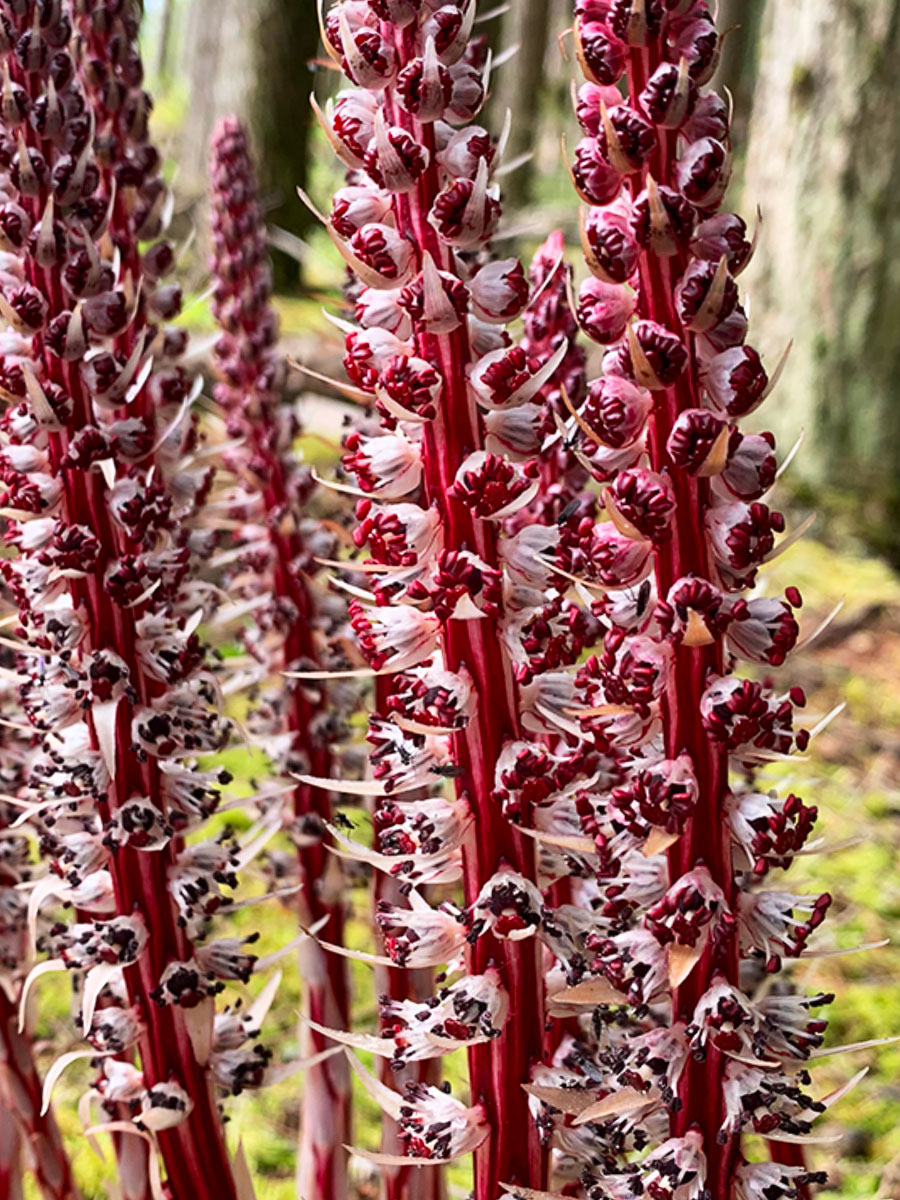 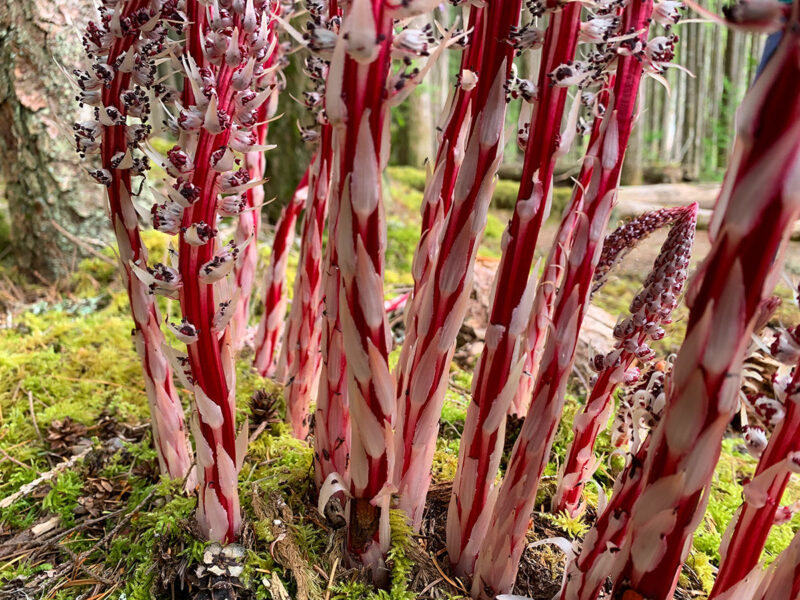 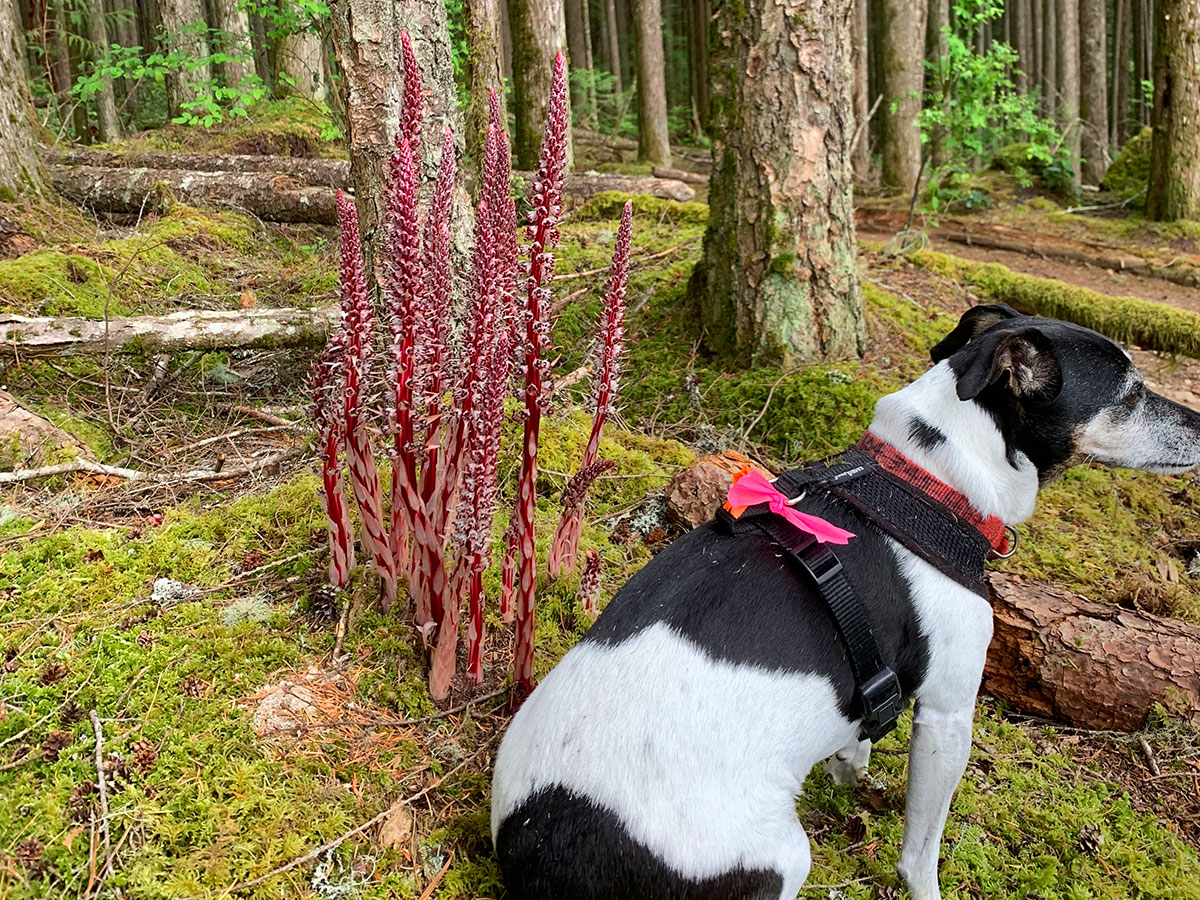 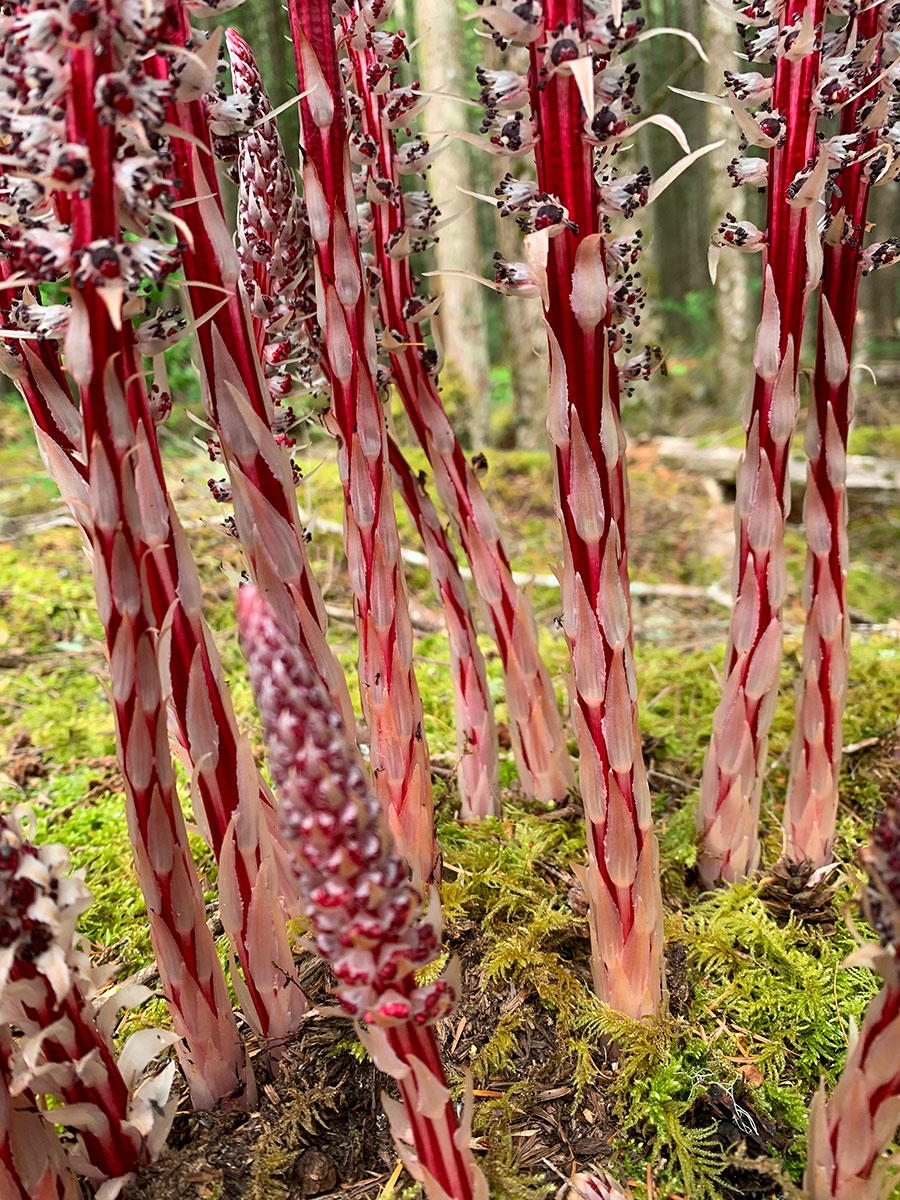 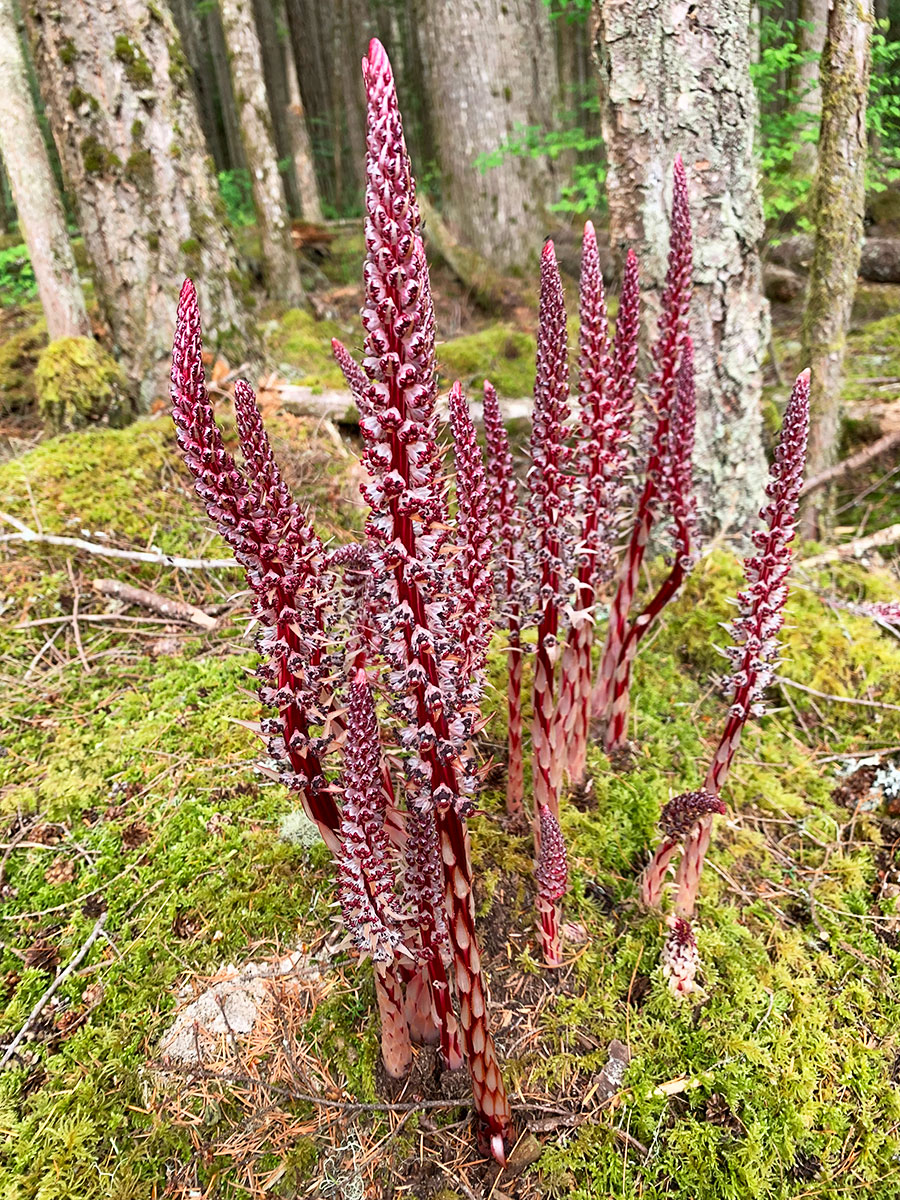 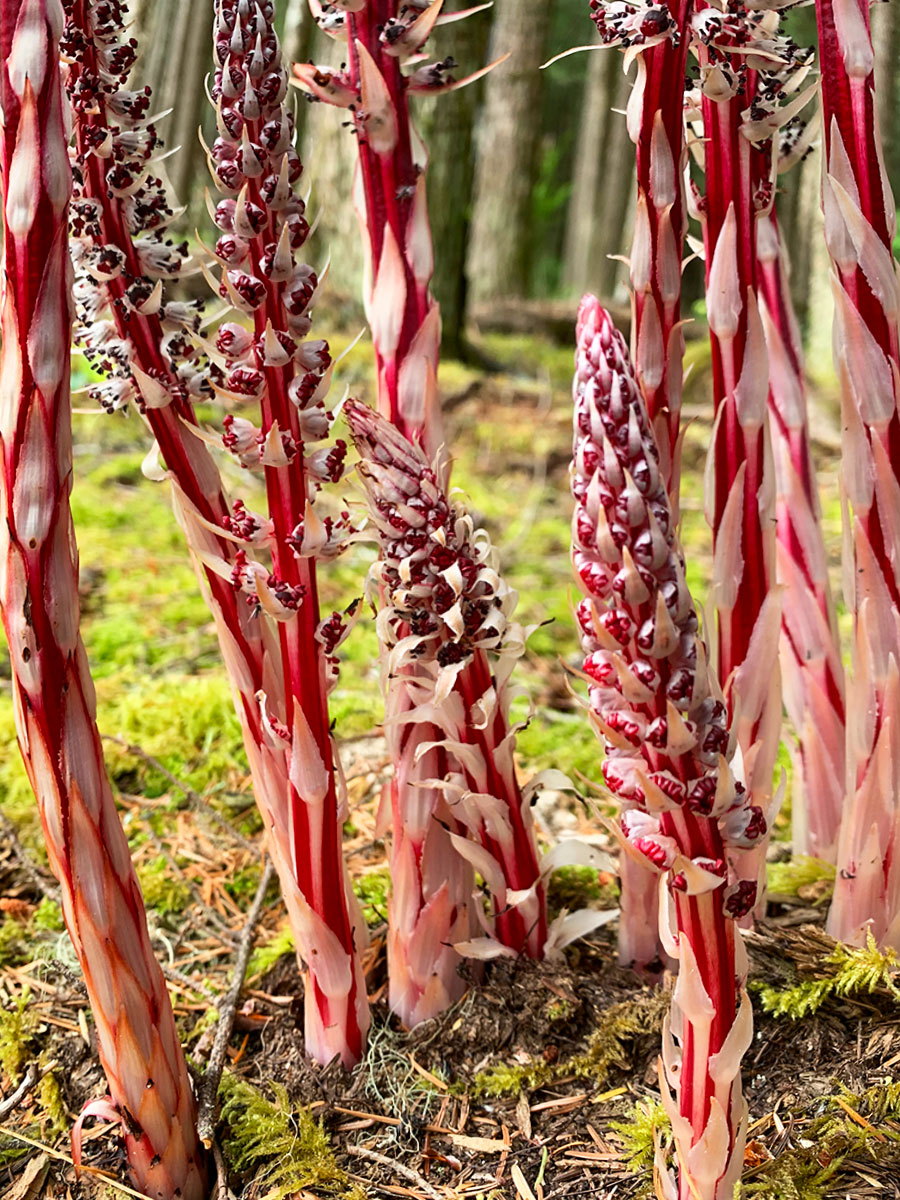 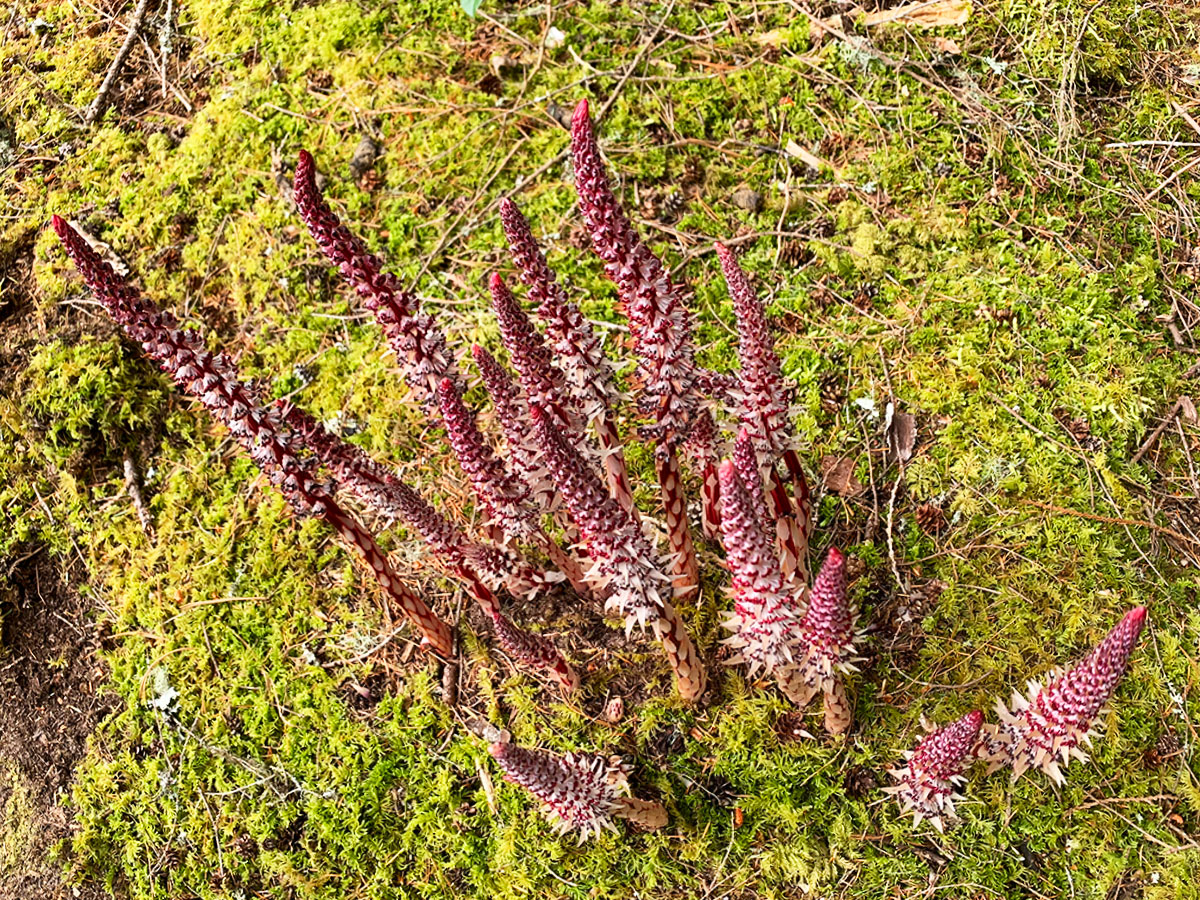 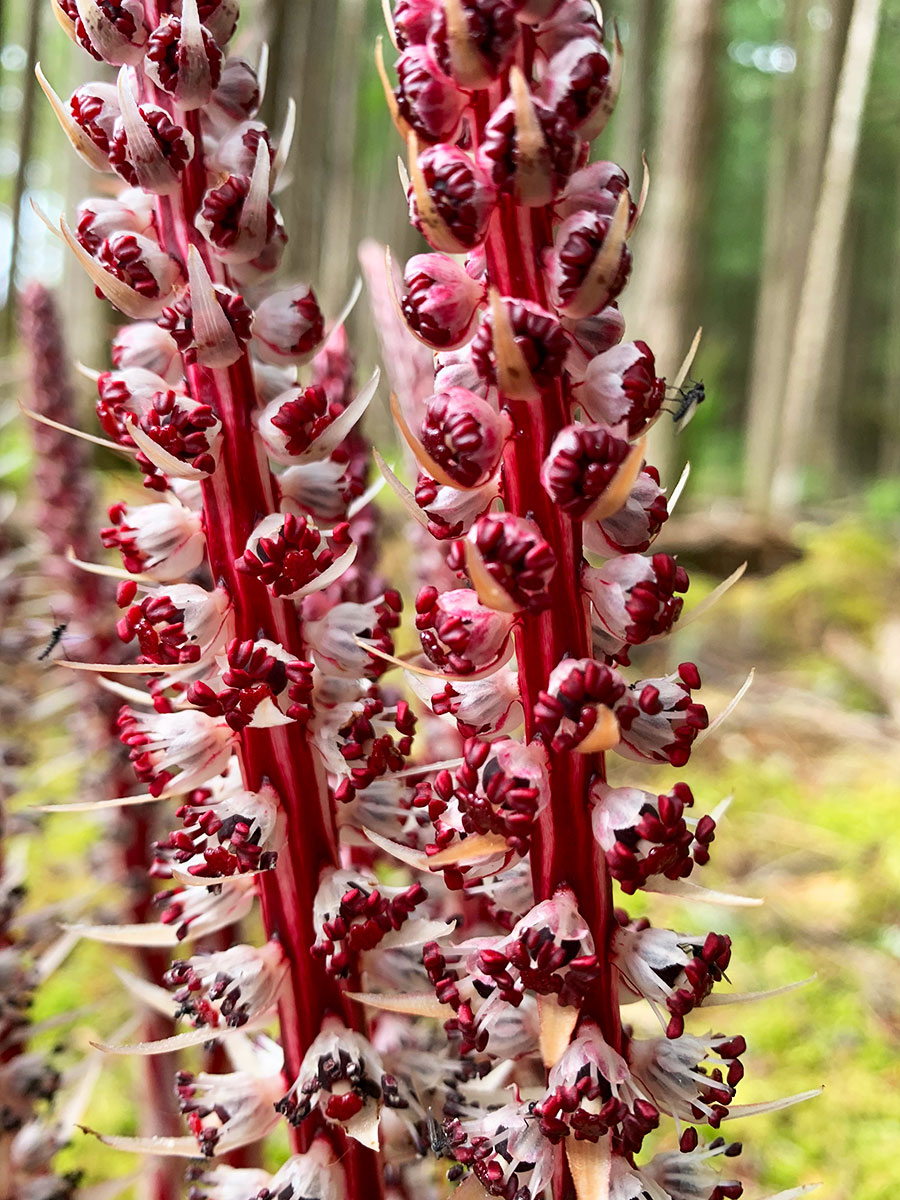 Allotropa virgata is in the family Ericaceae and is the only species of the genus Allotropa. It is a perennial plant that gets its common names from the distinct white and red or maroon stripes along its erect peduncle. A. virgata are nongreen as they lack chlorophyll, instead obtaining nutrition from neighboring green plants through a fungal intermediate.

Allotropa virgata feeds primarily on matsutake mushroom (Tricholoma matsutake) mycelium, and also possibly that of the similar Tricholoma magnivelare. Allotropa virgata was listed as a ‘sensitive’ species in 1998. It is a clonal species that spreads through its extensive lateral root system, to lengths up to 4 feet and 2 feet deep. Because it spreads underground through buds on the lateral roots, it is able to survive ground fires if the host tree of its fungal hosts are not killed as well.

Allotropa virgata is pollinated by bumblebees, sweat bees, and some Lepidoptera species.