And they were everywhere. Places we’ve never seen them in before were full of chanterelles.

It’s already such a busy year for mushrooms that McDowell is just gonna post all the photos she took while filling bags and her toque with the earliest-ever-for-us summer chanterelles. And yes, there were hedgehogs in there too. Exciting. Balfour and McDowell were beside themselves with joy. And their new pups were wondering why it was taking so long to take a walk what with all the stopping and ooooing and ahhhhhhing. 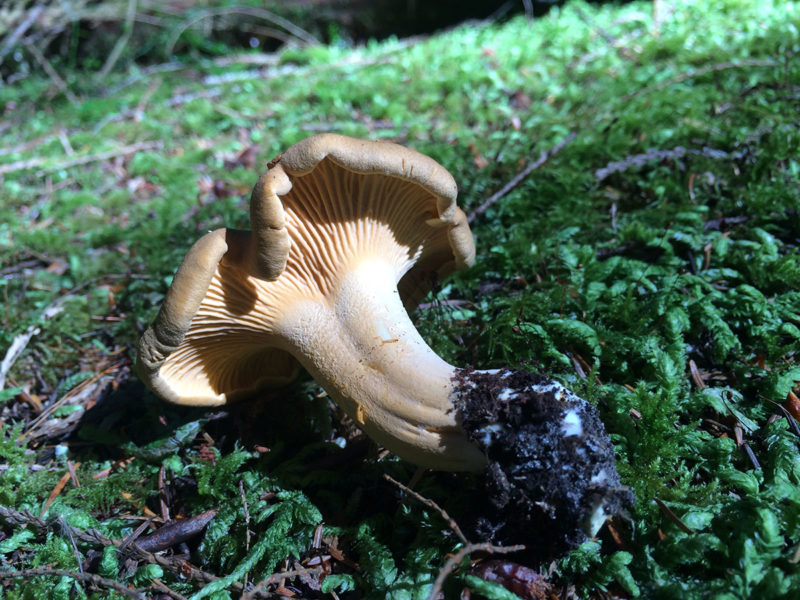 It all started with the chanterelle below… 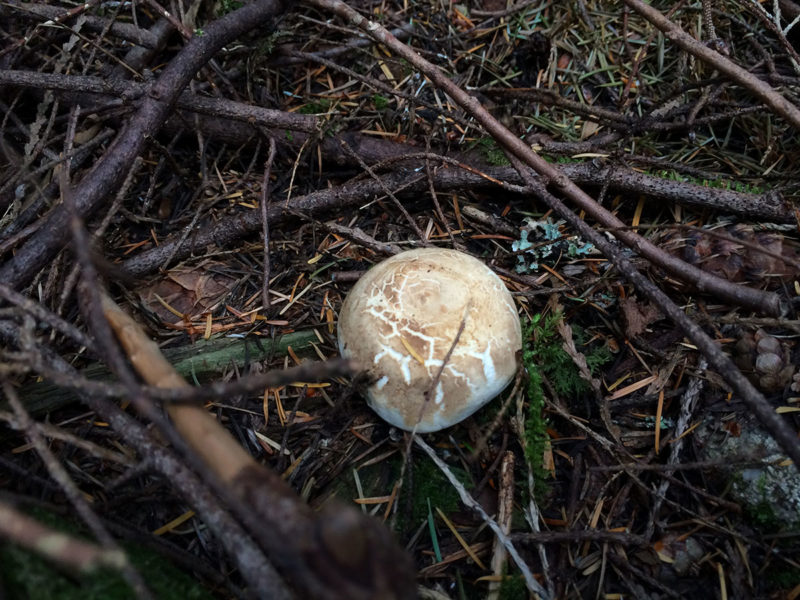 … Now, does that even look like a chanterelle? McDowell didn’t think so but ever the optimist she gave it a look and, yes, you got it, it was one. A full 6 days before the start of the 2019 Tour de France, or as some called it, Canada Day.

Weather was dry, very dry and yet after the first one found in Lower Roberts Creek, chanterelles began appearing everywhere. And big smiles appeared on the faces of Balfour & McDowell.

And it continued – Cougar Trail, Crowe Road, Sprockids, Valley of the Giants and even Soames Hill all summer long. 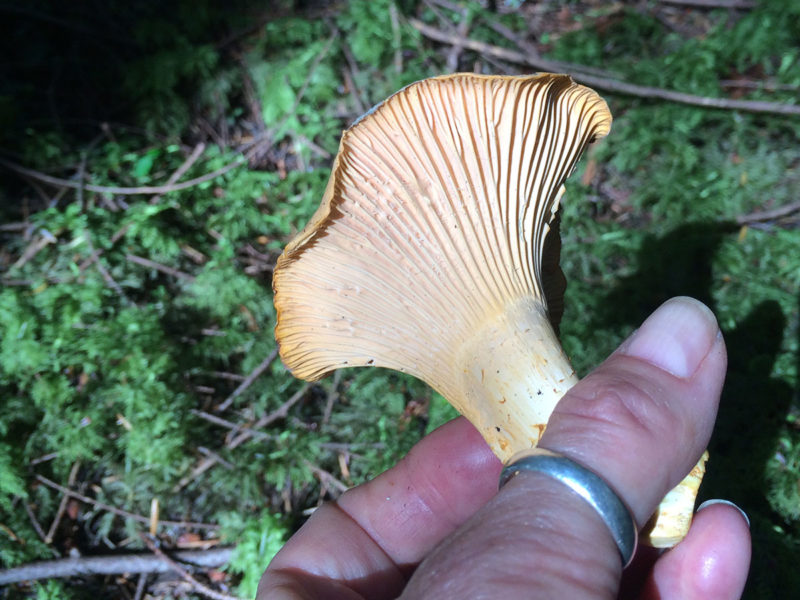 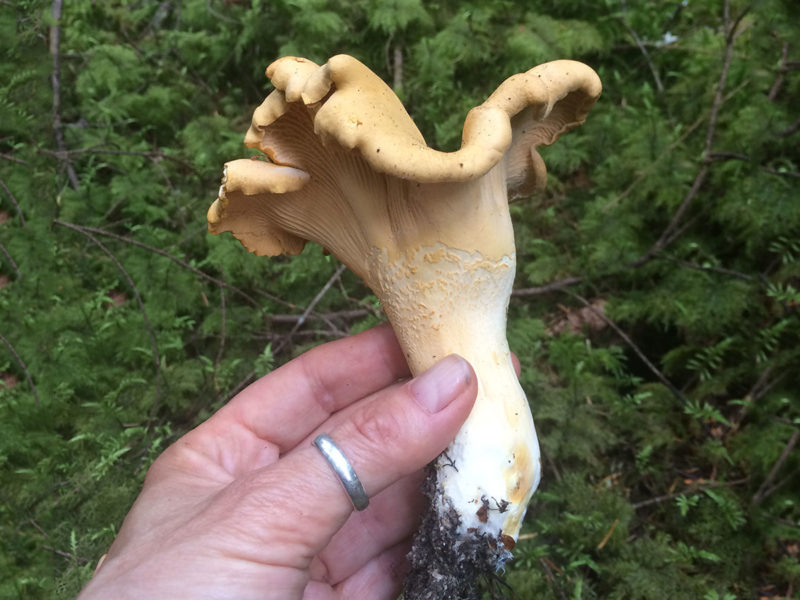 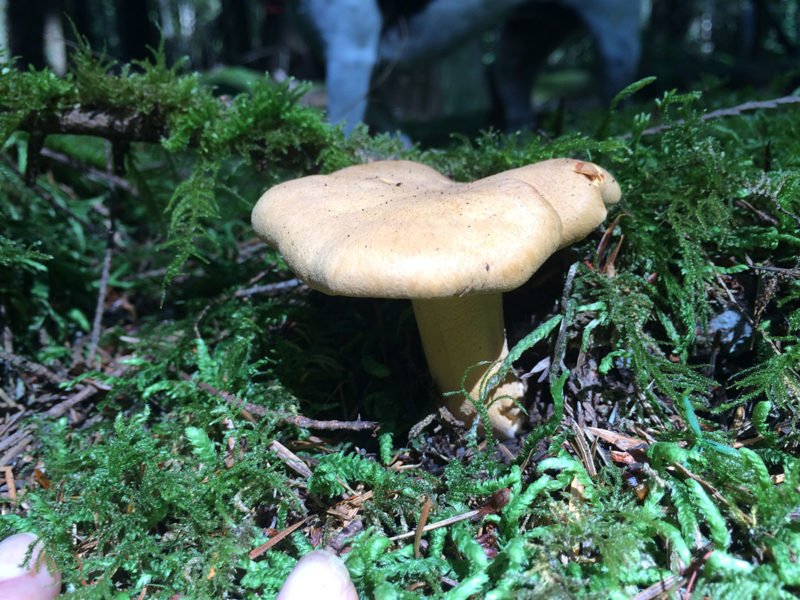 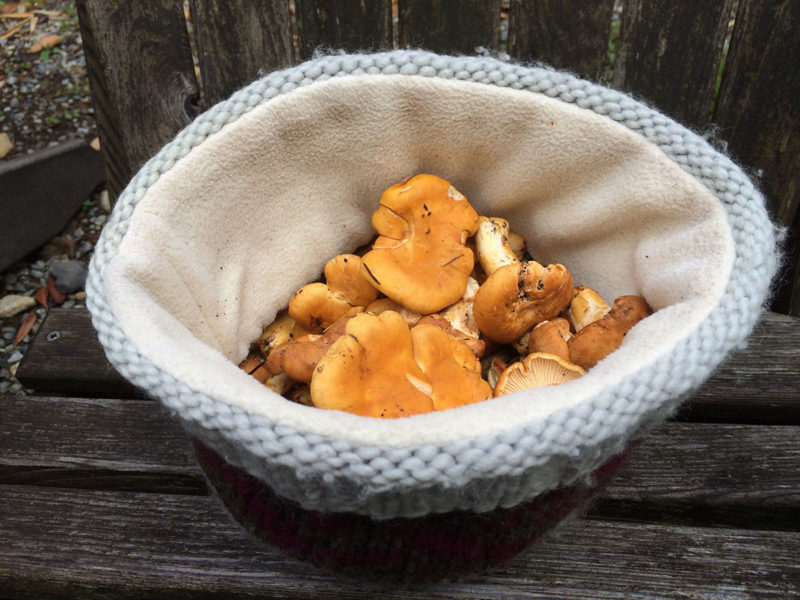 When McDowell’s collecting bag overfloweth, she took out her lucky toque to hold the rest. 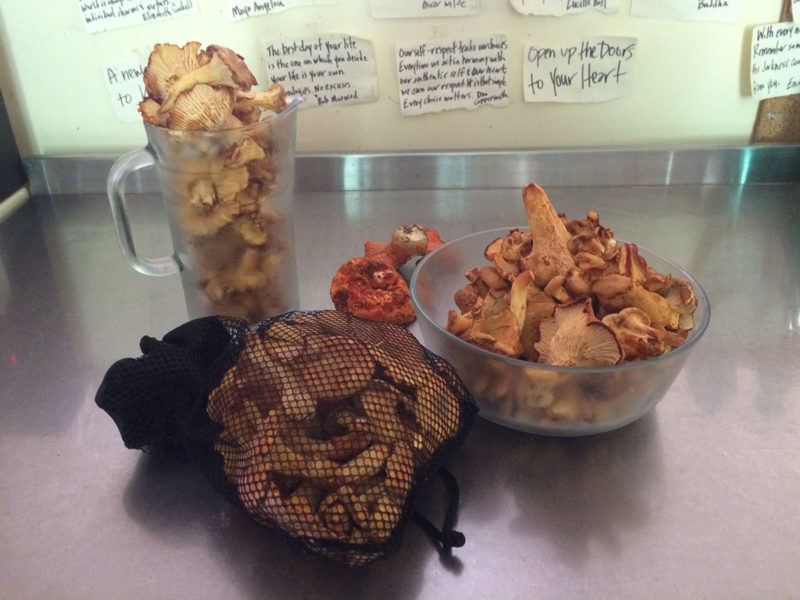 Chanterelles, hedgies and lobsters – Who says Sprockids is for just mountain biking? And big thanks to all the mountain bikers who helped us find our way out because It.Is.Impossible.To.Not.Get.Lost.In.Sprockids.

Am writing this as of August 31. We still have all fall to go!!!

Hope you got out this summer too… Hey, was that you in Sprockids???