Villages of honey mushrooms are found all over the Sunshine Coast. In many European countries honeys are regarded as the best wild mushrooms and highly prized. On the Coast people often pooh-pooh them. Good news for us! McDowell cooks them thoroughly and enjoys the nutty flavour. One note of caution: Good idea not to indulge in alcohol a day before and after eating honeys. That leaves a lot of people saying no thank you to honeys. Oh, one more note – we don’t take any that are growing from hemlock trees.

These beauties were found in Soames and Roberts Creek, Sunshine Coast, BC Canada. 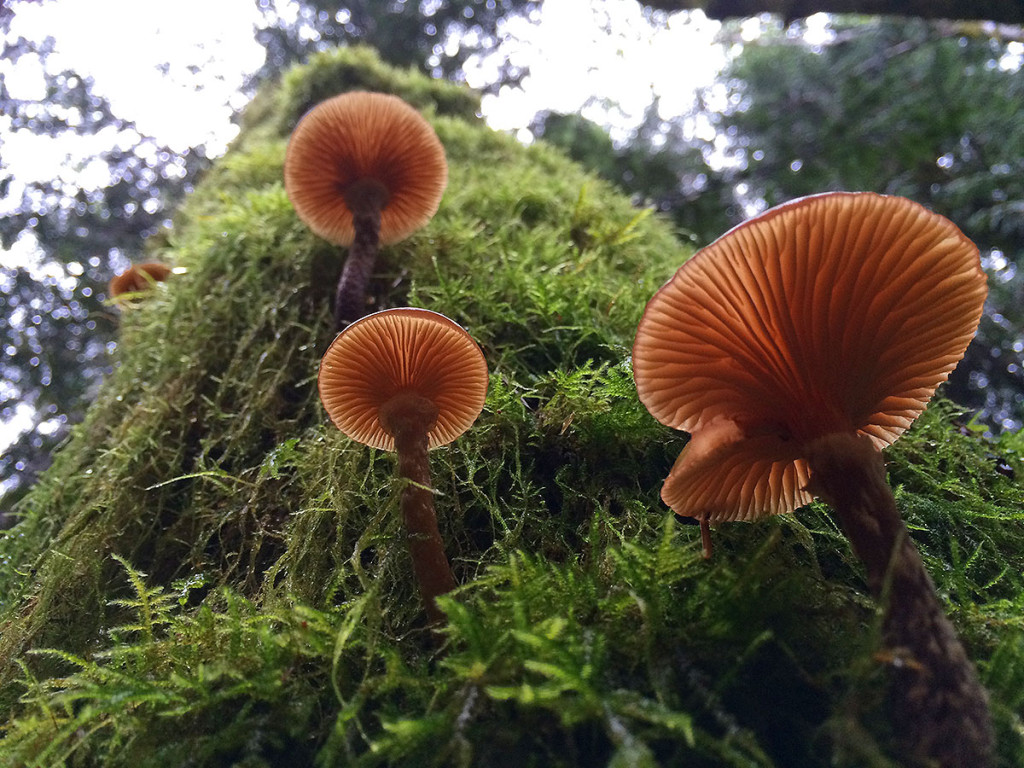 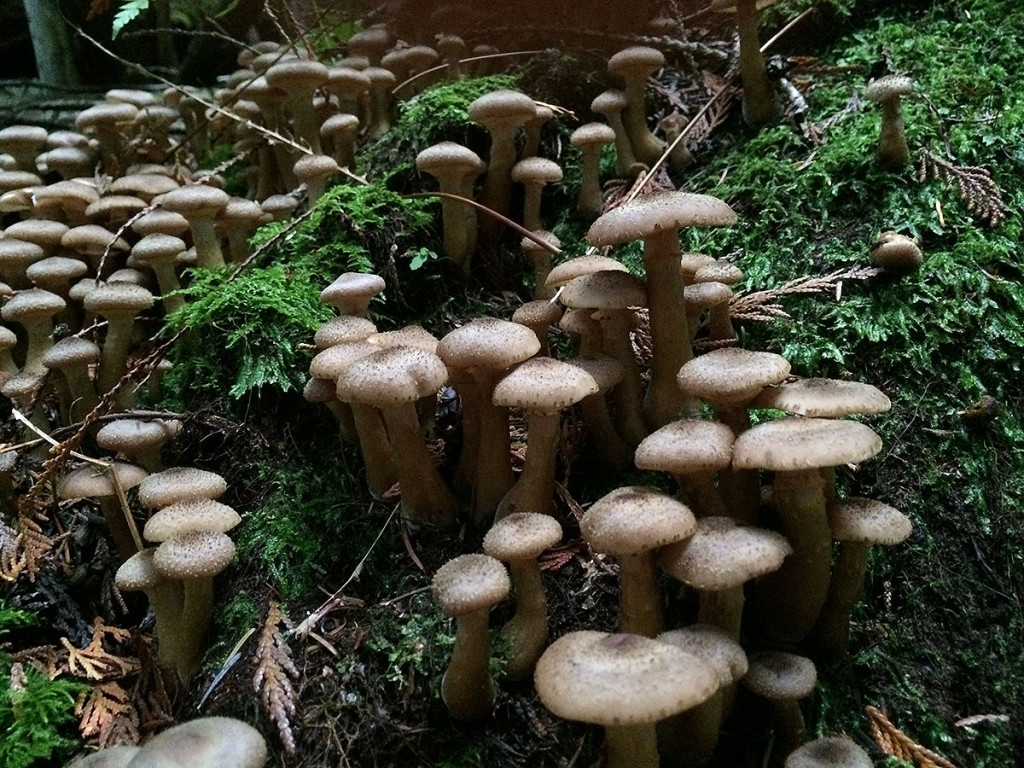 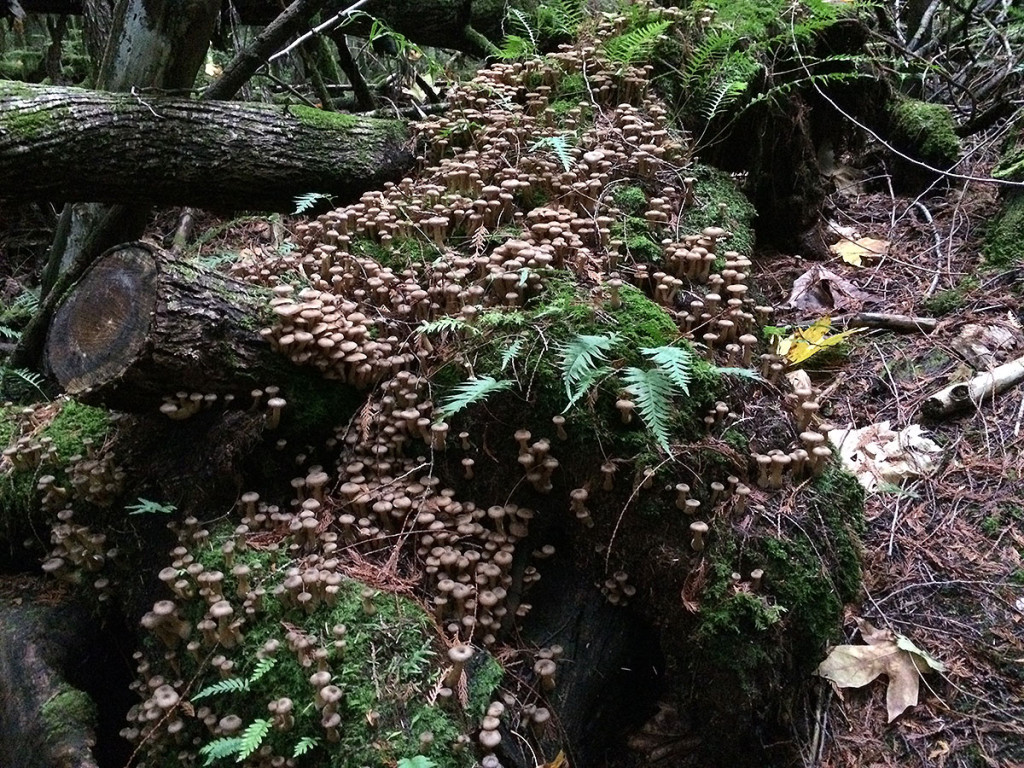 Honey fungus or Armillaria is a genus of parasitic fungi that live on trees and woody shrubs. It includes about 10 species formerly lumped together as A. mellea. Armillarias are long lived and form some of the largest living organisms in the world. The largest single organism (of the species Armillaria solidipes) covers more than 3.4 square miles (8.8 km2) and is thousands of years old.

In the Canadian Prairies (particularly Manitoba), the term “honey fungus” is unknown to many; due to the large presence of Ukrainian Canadians in this area, the fungus is often referred to as pidpenky (підпеньки), from the Ukrainian term, “beneath the stump”.

Honey Fungus are considered in Ukraine, Russia, Poland, Germany and other European countries to be one of the best wild mushrooms and highly prized. They are commonly ranked above morels and chanterelles and only the cep / porcini is more highly prized. However pidpenky must be thoroughly cooked as they are mildly poisonous raw. Additionally one of the four UK species identified can lead to sickness when ingested with alcohol. Therefore for the non expert mycologist it is advisable not to drink alcohol for 12 hours before and 24 after eating this mushroom to avoid any possible nausea and vomiting. However, if these rules are followed this variety of mushroom is a delicacy with a strong distinctive mushroomy and nutty flavour.