It’s 2019 and the year of the official legalization of Cannabis in Canada.

And ghost pipes, or Monotropa uniflora were plentiful this highly welcome summer of love and as always, beautiful.

Not a mushroom or a fungi, these plants are not only cool looking – they don’t eat light: their hosts are the forest mushrooms who have symbiotic relationships with surrounding trees and the pipes ultimately get their nourishment from those trees. Whole lotta mycorhizza going on! 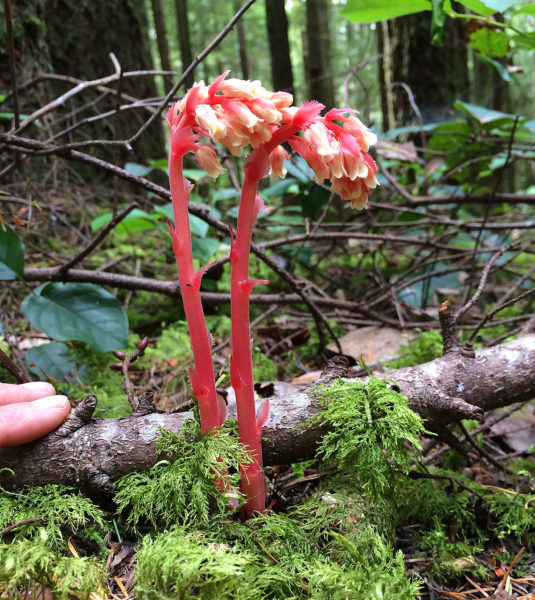 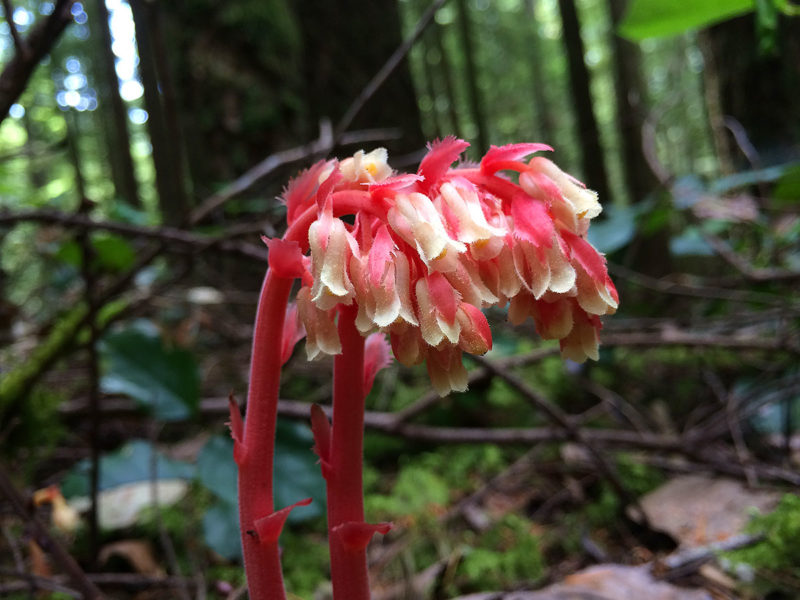 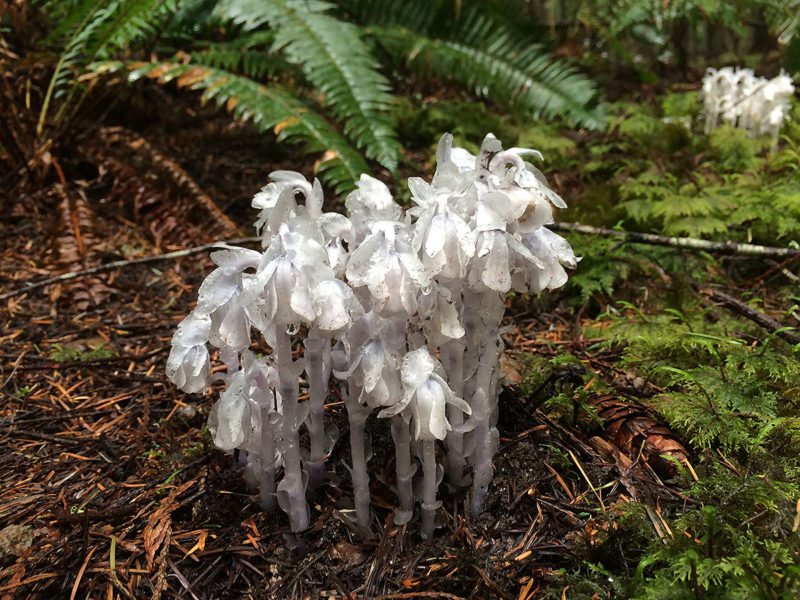 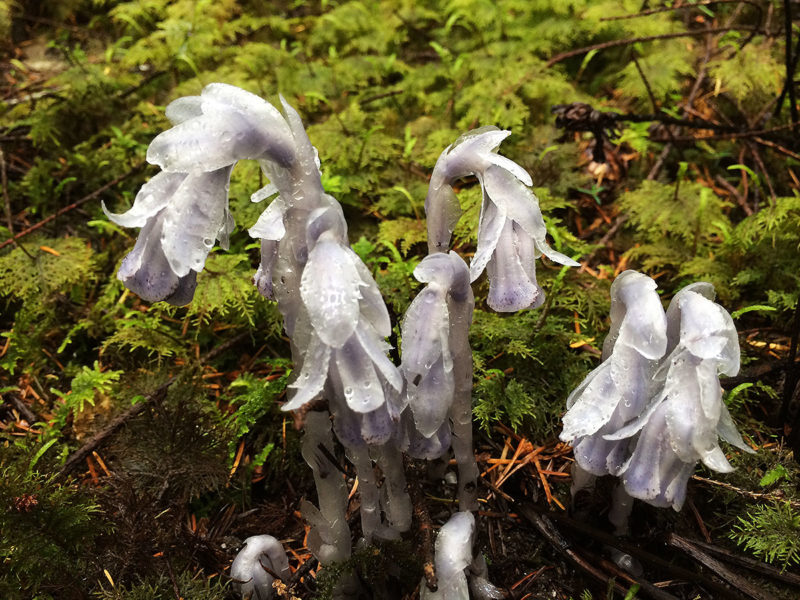 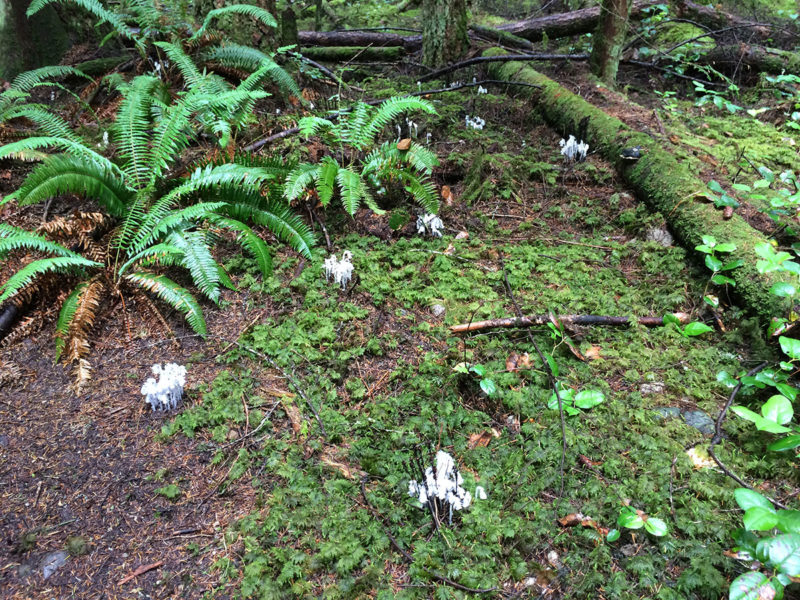 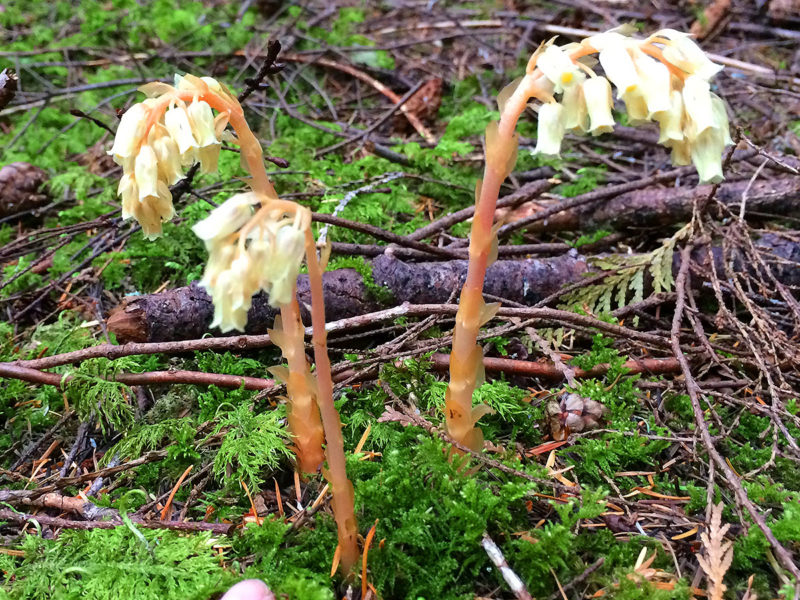 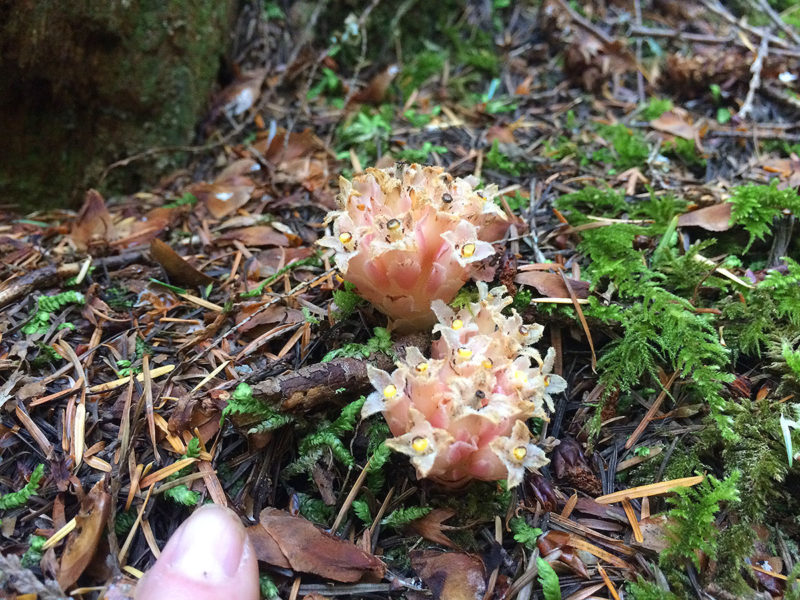 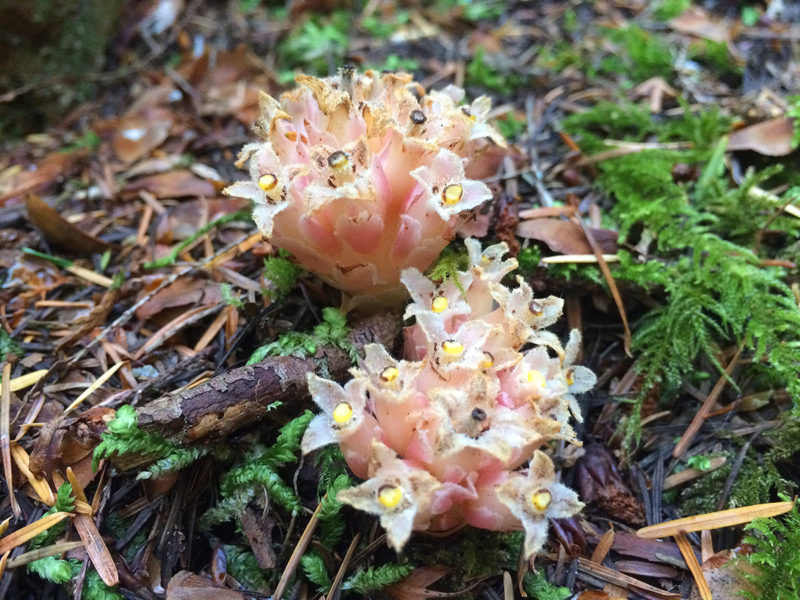 Unlike most plants, Monotropa uniflora is white and does not contain chlorophyll. Instead of generating energy from sunlight, it is parasitic, more specifically amycoheterotroph. Its hosts are certain fungi that are mycorrhizal with trees, meaning it ultimately gets its energy from photosynthetic trees. Since it is not dependent on sunlight to grow, it can grow in very dark environments as in the understory of dense forest. It is often associated with beechtrees. The complex relationship that allows this plant to grow also makes propagation difficult.

The plant is sometimes completely waxy white, but often has black flecks or pale pink coloration. Rare variants may have a deep red colour.